We're sorry to report that GB3EY is off-air to allow investigation into the cause of low power output from the beacon transmitter.

After checking with some locals it appeared that EY's output was around 15dB down on what it should be.

A site yesterday and confirmed that the output was down. It should be 36.5dBm but was only 22.5dBm or around 300mW.

It's not possible to do much fault finding on-site so it was removed for workshop attention. We've no idea what might have failed at this time.

Thanks for keeping us up to speed Clive. Hope it's now't serious.

Driver is bust. The PD8504, which is part of the G4BAO 23cm driver kit, has an interesting blueing of the source tab and there's the usual phenolic smell of expired semiconductor.

Device is rated @ 4W out at 900MHz with 50mA bias but as per G4BAo's advice ran it at 250mA and about 250mW RMS of DATV out. I made some imrpovement to get the heat away but obviously not enough 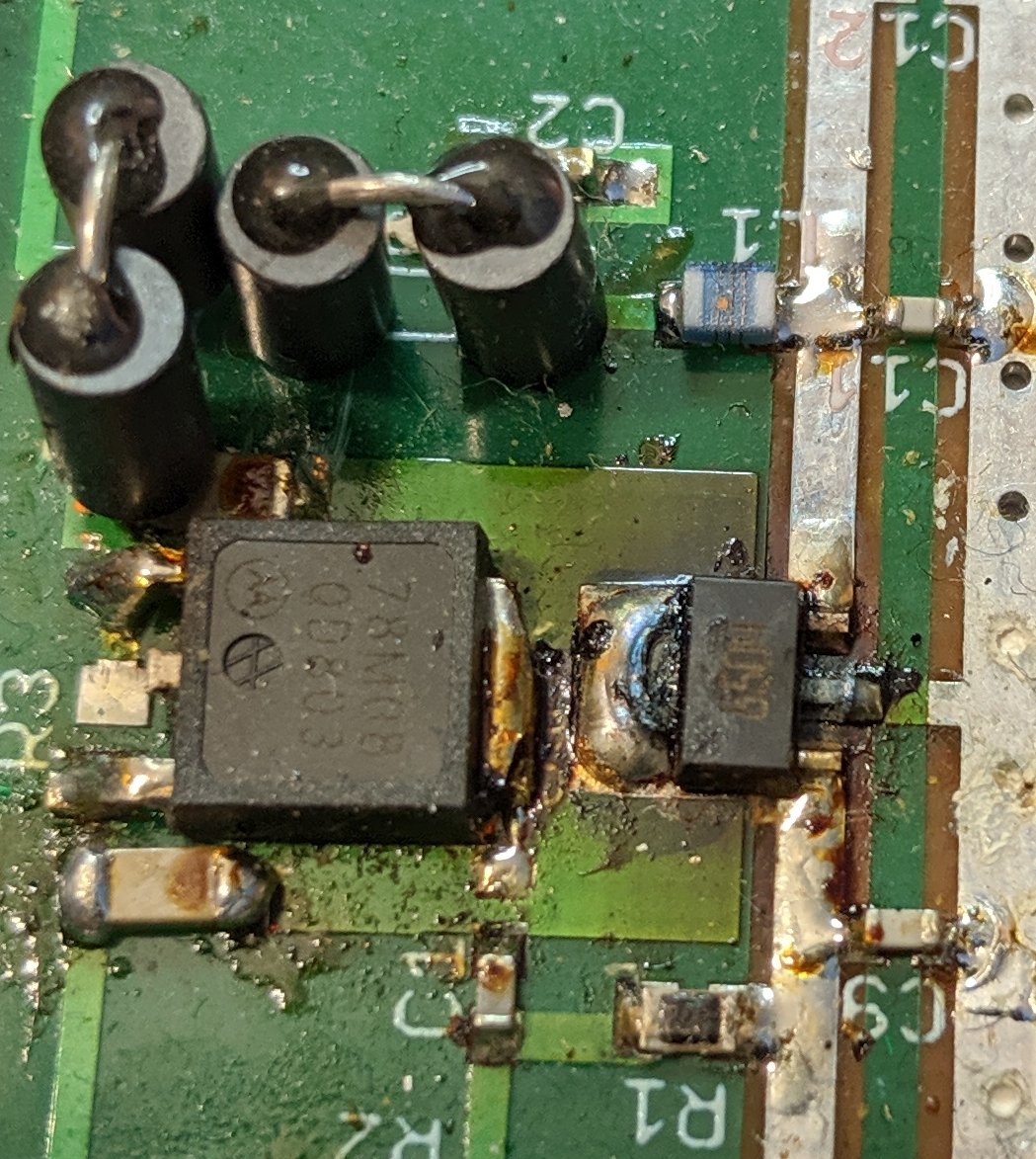 Looks like CCS got it... Hard to improve the heatsinking but I have had sucess by soldering on a decent copper tab and heatsinking that. Hope its an easy fix.
Gareth
Top
Post Reply
4 posts • Page 1 of 1