Check the power you are feeding to the power amp. It could be upsetting the usb power. I had the usb input board of a Minitioune blow when a power supply I used was not very nice!!! Earths are not always what they seem!!!

I find the Pluto is very sensitive to usb wobbles and earth loops. Works fine on its own, as soon as I connect other things on other PSUs I get connects/disconnects.
No solution as yet other than to use portable laptop on battery.
Gareth
Top

Hi Gareth.
The problem has been fixed by one user.

Look about 2/3 down the page. You can search the page for his user name "Taucher" to take you to the relevant post.

Hope this helps. I'll be modding mine as soon as the warranty is out as I have same problem, but it is not too intrusive at the minute as I seldom disconnect the Tx port while it is in use.

Thanks Terry. I have had a close look at that diagram. Seems all I need to do is bridge the ground side of the bifilar choke to achieve the same thing. Diagram isn't wonderfully clear but adding what would be several cms of wire surely isn't 'good RF practice'? Seat of pants feeling here.....
I'll try it on one of mine and see if it behaves any better.
Gareth
Top

Meanwhile over on the FB ADALM Pluto user group this was posted....

I have replaced internal oscillator in Pluto. I have used ASTX-13-C-40.000MHz-I05-T. Pluto is more stable then before and I am able to make SSB qso now without drifting. No need GPS stabilisation I think.

I have had no experience with SMD removing from PCB, so change was little bit dramatical, but I have done it and Pluto works.

Thanks to Mathias DL9BQ for usable informations - look at his qrz.com pages.

Mouser UK have them in abundance

And a bit more info here (translate as required).

Just spotted this on Twitter, it seems there may be hope for those of us with a Pluto yet? Not sure of the background to the tweet but looks interesting. 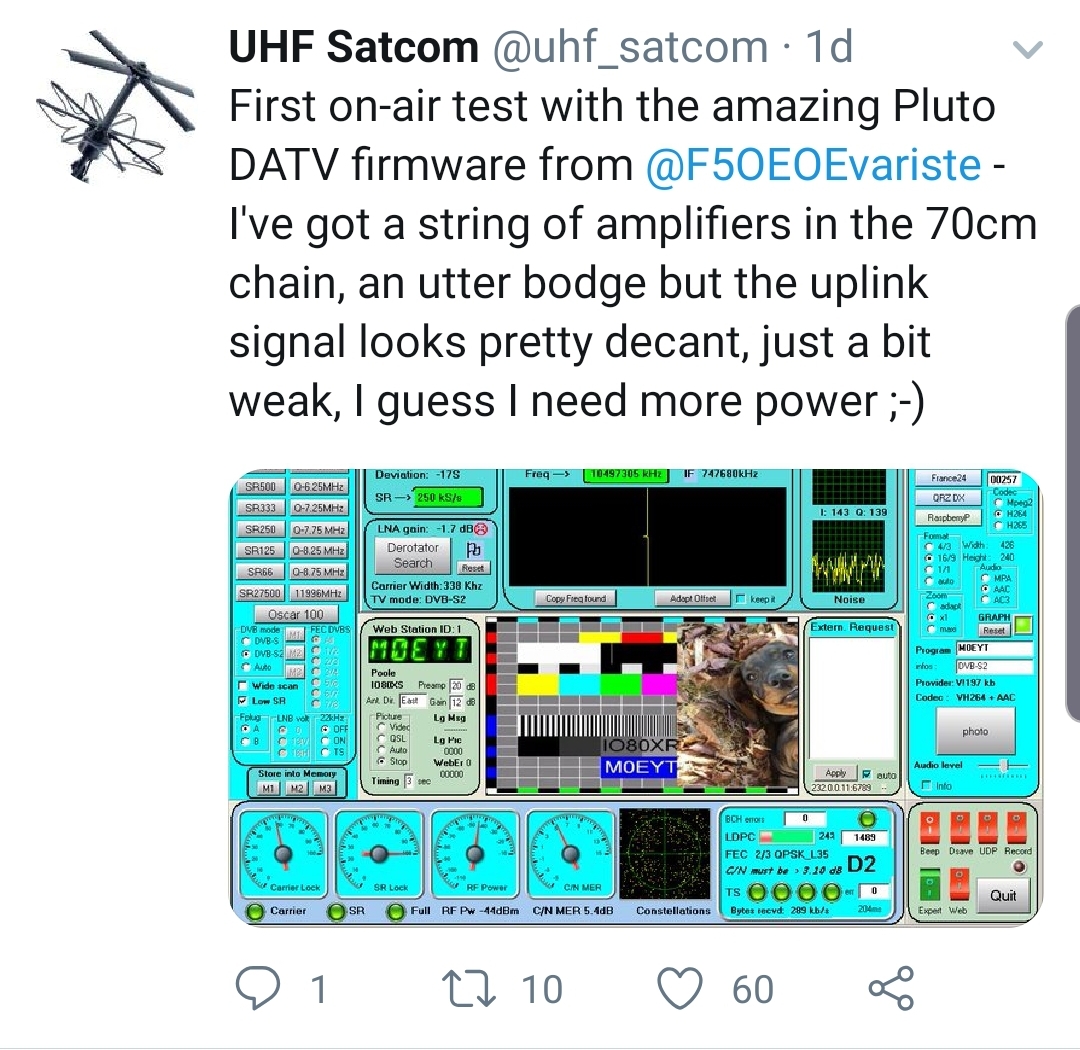 Yes, it works. Evariste has surpassed himself again. Just flash the new firmware and send your Pluto RTMP, which may require a fight with Windows network settings.

In my case my main PC refused to work but my laptop was fine.

Yep that's my twitter post 2 above this, the pluto is working really nicely on QPSK/8PSK and 16APSK. As Mike says you just shove an RTMP stream at the unit over IP and out comes RF.

In my config in the VMIX software I have;

The parameters are fairly obvious, and should be in exactly the format described above. The only think I needed to tweak in VMIX was the video output setting so it basically matches the symbol rate, else overflows start to appear.

With the pluto the RF output on 2.4G is fairly low, I think from memory I measured -18dBm average with a 333Ksps QPSK, an old Avantek gain block takes this up to 20mW then another amp up to a watt where its fed to a PE1RKI amp for about 22watts at the feed, easily enough to get 333Ksps QPSK up to the satellite with a 1.2m offset dish. Now the setup runs on the bench, I'll put a USB <> Ethernet adapter onto the Pluto, and build PA/SDR etc into my outdoor unit along with WB/NB source switching. 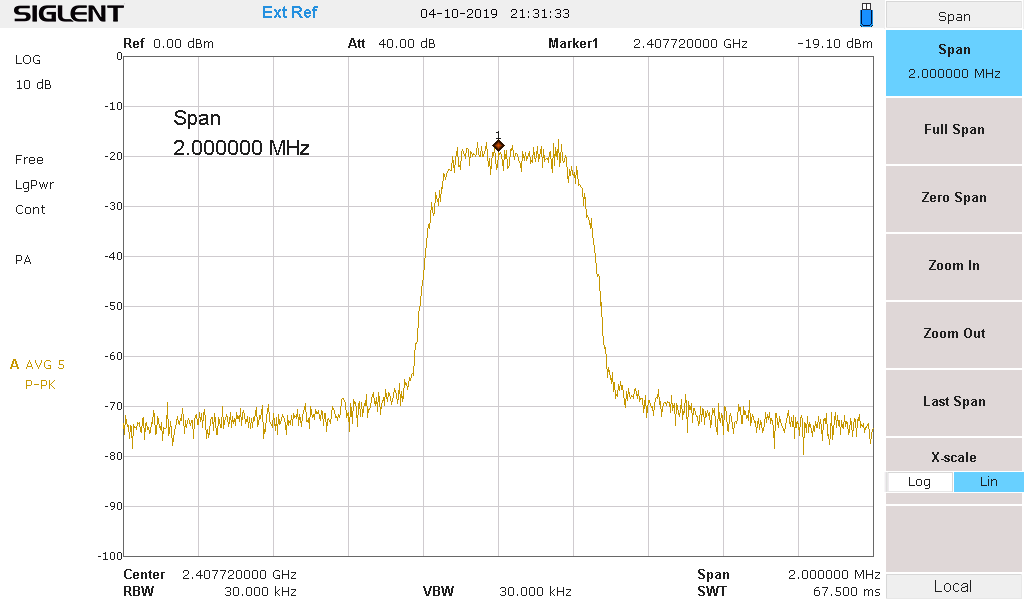 
Pic above shows the nice clean QPSK generated by the pluto.

Hope to see you on the w/b transponder,