The STL file might be useful to many too. I mounted mine on the lowest shelf in the Hammond box, largely because that's where it was for the V2. The difference is the height of this tuner module is much less so it will fit. If you go on the Hammond website you can download a 3D CAD file of the box, that's what I have been using to check fitting as you can create a component in KiCAD with the VRML file like this. 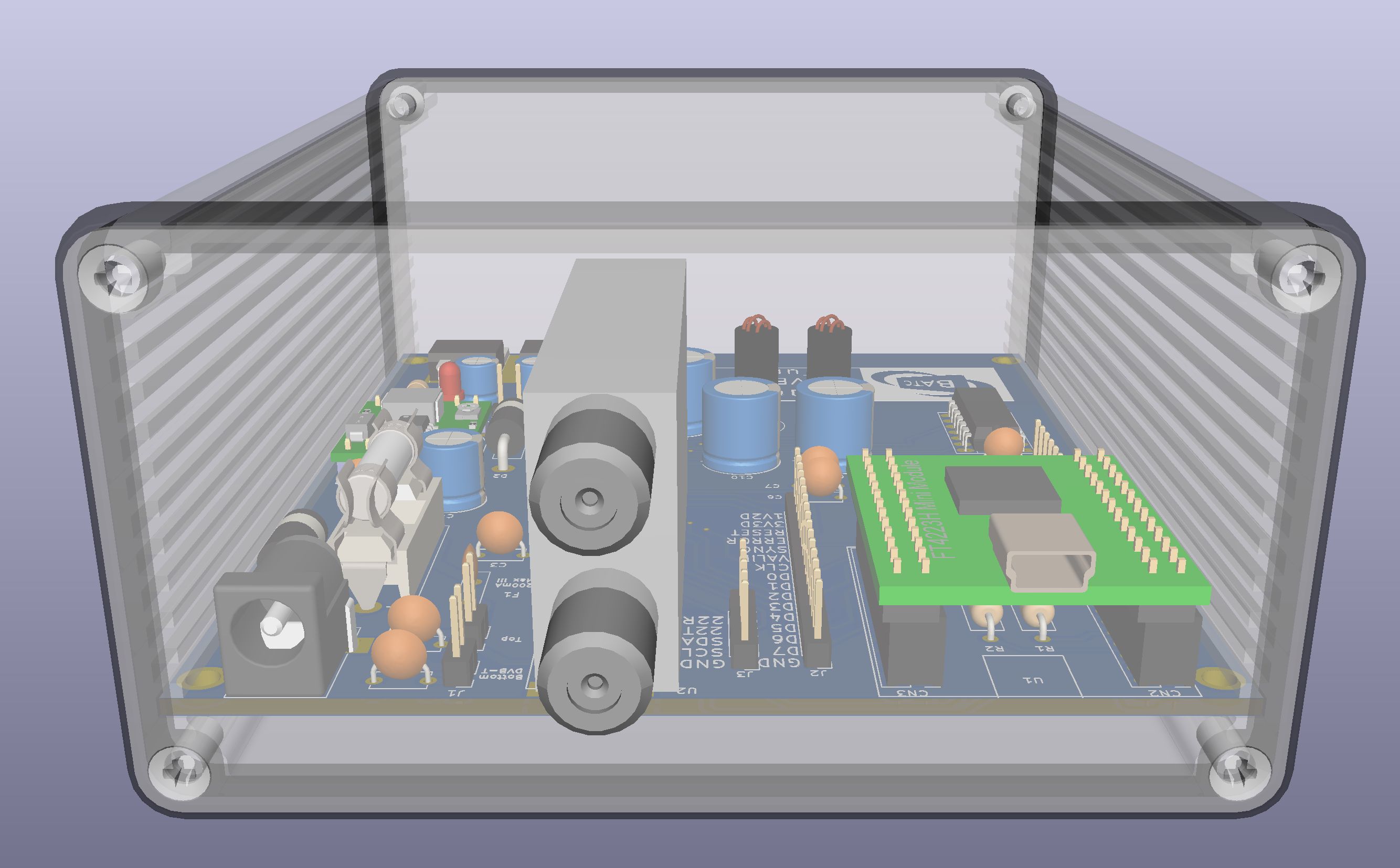 Then fly through it (if you make it transparent) to see if things foul against the case etc.

Bit of 'local testing today.....but no cigar yet.....Martin and I tried 4m both ways but can't quite get copy - lack of preamps each end so not entirely surprising. Has the Pluto been internally 'turned down' for DVB-T as I could only raise 2 watts from my amp chain/4m brick? Its usually a lot more lively than that.
This afternoon I tried 70cms with Justin G8YTZ at around 2 miles distant Line of sight between our co-linears. On 2m he is 60dB over on FM, so I hoped my 7 watts on 70cm DVB-T would make the trip to his commercial rx. No go.......which surprised me.....I did copy his test card using DVBS2 though, but only just.
Does anyone have sensitivity figures for the DVB-T nim, such that suitable pre-amps can be pressed into service?
Gareth
Top

The 4762 is quite sensitive, it is not like a satellite NIM which is designed for use behind an LNB with 55dB of gain, but as always you will benefit from filtering and a low noise pre-amp.

I have done some basic bench tests with the 4762 running to a Rpi 4 with Charles’ software and got the following results:

I did some quick sensitivity measurements and the lock levels on a noise free channel were measured as follows:

All at guard interval 1/32 – changing to ¼ made no noticeable difference which is not surprising as the guard interval provides multipath error correction only which is why we run 1/32 on QO100.

I did some quick tests straight into the 4762 and got similar results.

Don't forget on 70MHz you are very susceptible to shack noise, particularly from your Rpi!!

PS - yes, I believe the power out from Pluto and Express is less when running DVB-T and you will need to back off any PA more than DVB-S to maintain linearity

With a strong likelihood of additional touch-screens and RPi4's being pressed into service (RX/TX pair doing DVB-T) I designed a couple of stability feet to help prevent interim damage to the screen and RPi.
Qty 4 12mm M3 secure it onto the back of the screen and there are two small recesses in the bottom of each foot for 10mm diameter sticky feet to stop it sliding.
The system won't let me upload .stl files so message me g4xat AT ntlworld.com if you want a copy.
Gareth 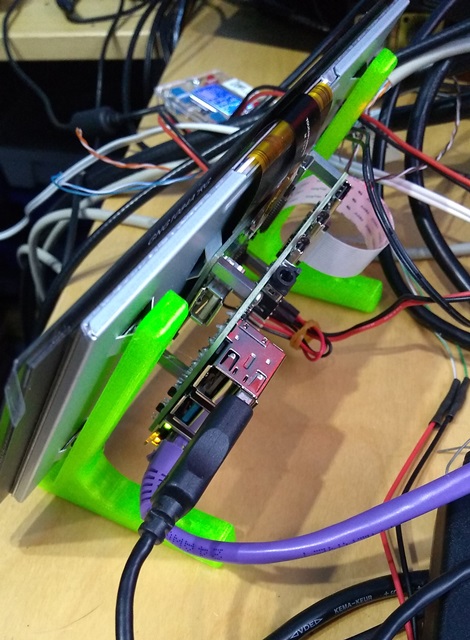 I have my Knucker running and decoding a signal from a DATV express card on 146.5MHz at 333kS with C920 webcam attached to PC.

PCB went together just fine and the programming of the USB module was straight forward.

Big thank you to the team for making this happen.

Nano is running hard on all 4 cylinders. The DVB-T TX stack is identical to the one being used on Portsdown.
Thanks to John's (G7JTT) thread on how to set up the RTMP server 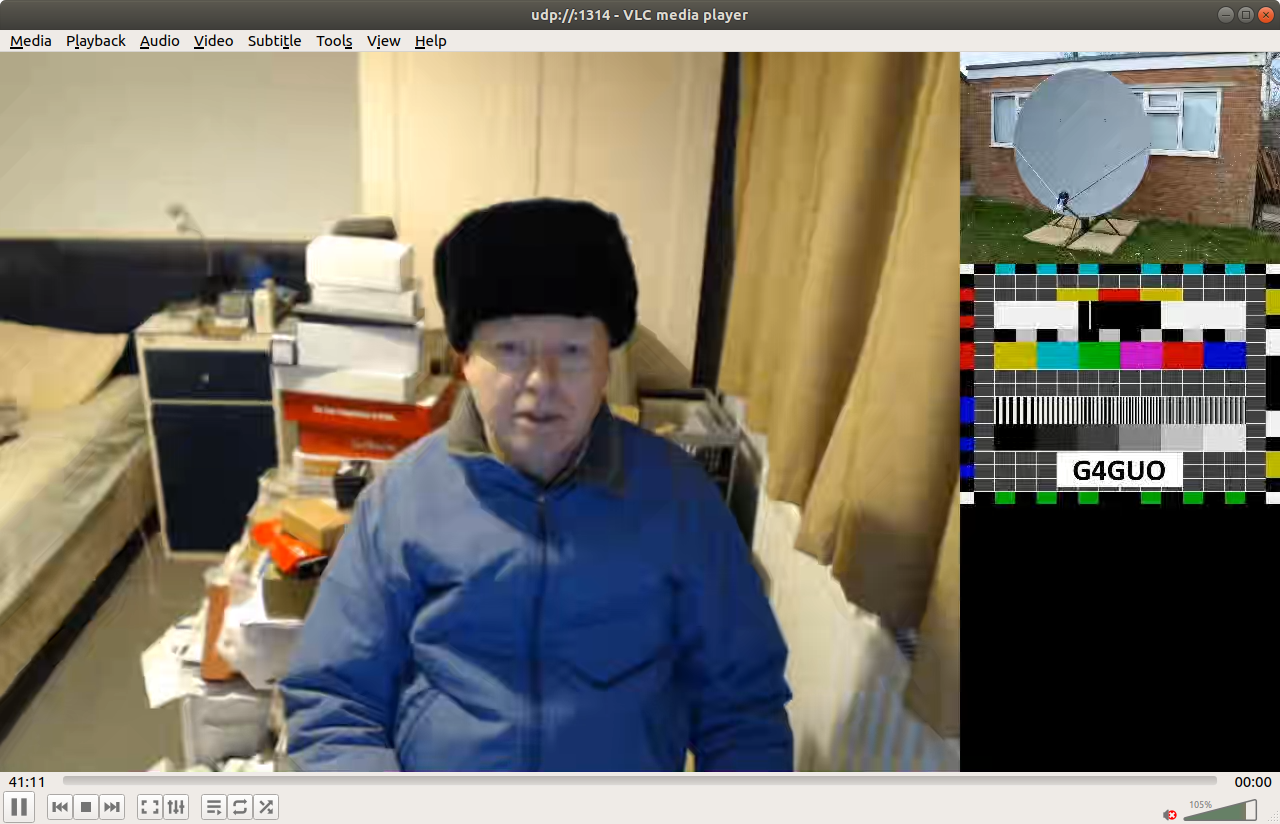 Great - just going to try this myself. I have got my Nano OS installed.

It may be running full bore bit can't be putting out much heat judging by the image.

It is in my shed so the ambient is about 8C but the box has no fan. 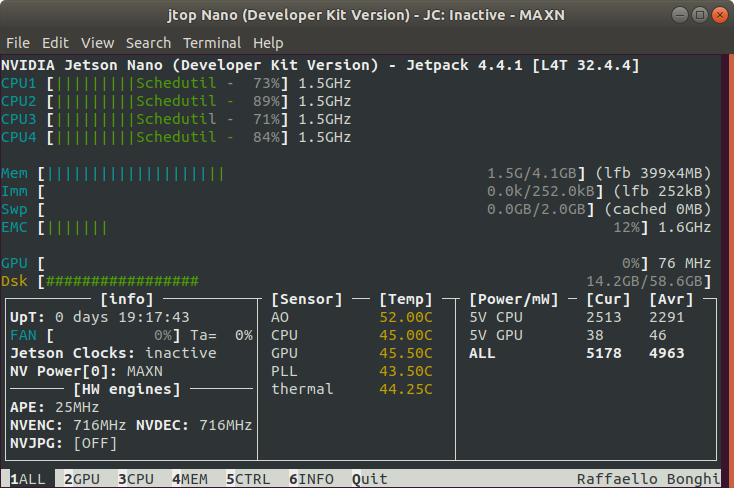 Needing some power on 70cms I have progressed my Nokia Dolphin amp mods and I'm pleased to report that it works well.
With no visible shoulders/regrowth (what should it be called on DVB-T, it just gets 'wider at the bottom and the SNR goes down on my local monitor) and over 50watts at which point the shoulders are around -30dB and the SNR loses a few dB. From what I've read it was rated at 70W for the original application. Drives direct from a Pluto too, needing either drive reduction or up to 16dB attenuation!
Mods as per Robs page here, http://www.m0dts.co.uk/photos/70cm%20Driver.JPG plus various reading around the www.
I also noticed that the Pluto drive from Portdown4 was +6dB on DVBExpress (v17).
Gareth
Top

good evening all
After the assembly of the Knucker, I did some local tests and I was pleasantly surprised by the result, test in 250,333,500,1000 khz with datvexpress 12lp17 under win10 in TX and knucker RX on Portsdown, display on lcd 5 "or UDP on VLC, codec h264 but also in h265 which also works, another option is OBS in video input on datvexpress which allows to have all the desired video options, to be followed for other tests.