I purchased a lime mini only to find it generates a spurious signal near to whatever frequency it's tuned to.
See the attached image, the lime is tuned to a random frequency with no input but there is a signal showing anyway.
Is this a function of the lime or is it defective.
I'm not having much luck with these devices after getting a faulty Pluto as well.

You have just discovered the major flaw with ALL zero IF (Direct conversion) receivers.
Usually it can be mostly calibrated out but it is always there to some extent.

There is nothing wrong with it

Having successfully blown up two of Jim G4CPE prototype 23cm power amps due to spurious signals coming from the Porstdown. I added a coax relay directly to the output of the LimeSDR Mimi and the relay being driven by the Portsdown PPT signal, thinking that this would stop the spurious signals appearing on the output. 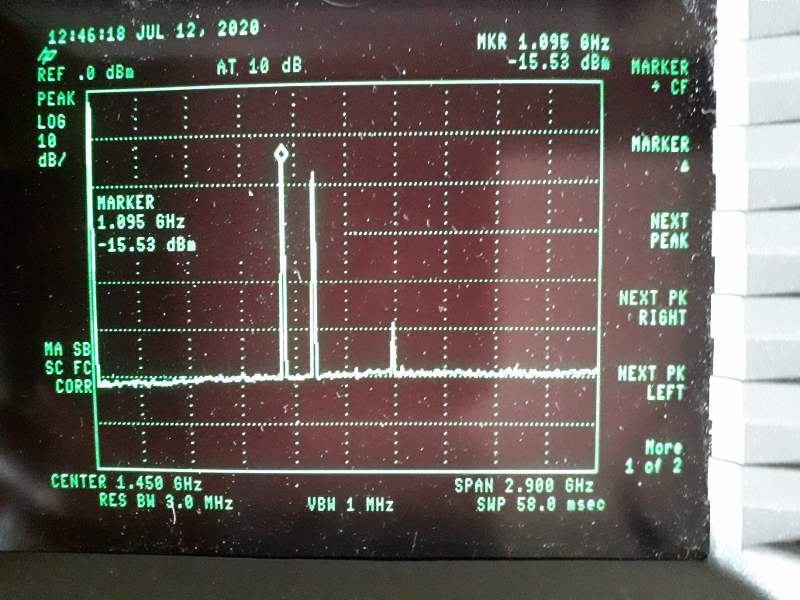 I increased the PPT delay to 10 seconds and as long as the LimeSDR Mini was up to temperature, no more spurious signals were seen.

The PPT delay time is set in the file /home/pi/rpidatv/scripts/lime_ptt.

Thanks for the help from Jim G4CPE an Dave G8GKQ

Sorry Jim G7NTG, hope I got it right this time.

There is also PPT instead of PTT, but that's dyslexia for you.