The remote controlled transmitter was left in Malvern, IO82UC was the adalm pluto with lots of post amps into a 3+3 ele yagi

On boxing day morning, 6m conditions looked promising when i received the GB3RMK @619km and GB3NGI @761 km beacons on narrowband. Pictures were successfully received from Malvern over the 228km path to JO01JK with a 13dB MER on 6m. Although the carrier was detected on 4m, there just was not enough signal for pictures 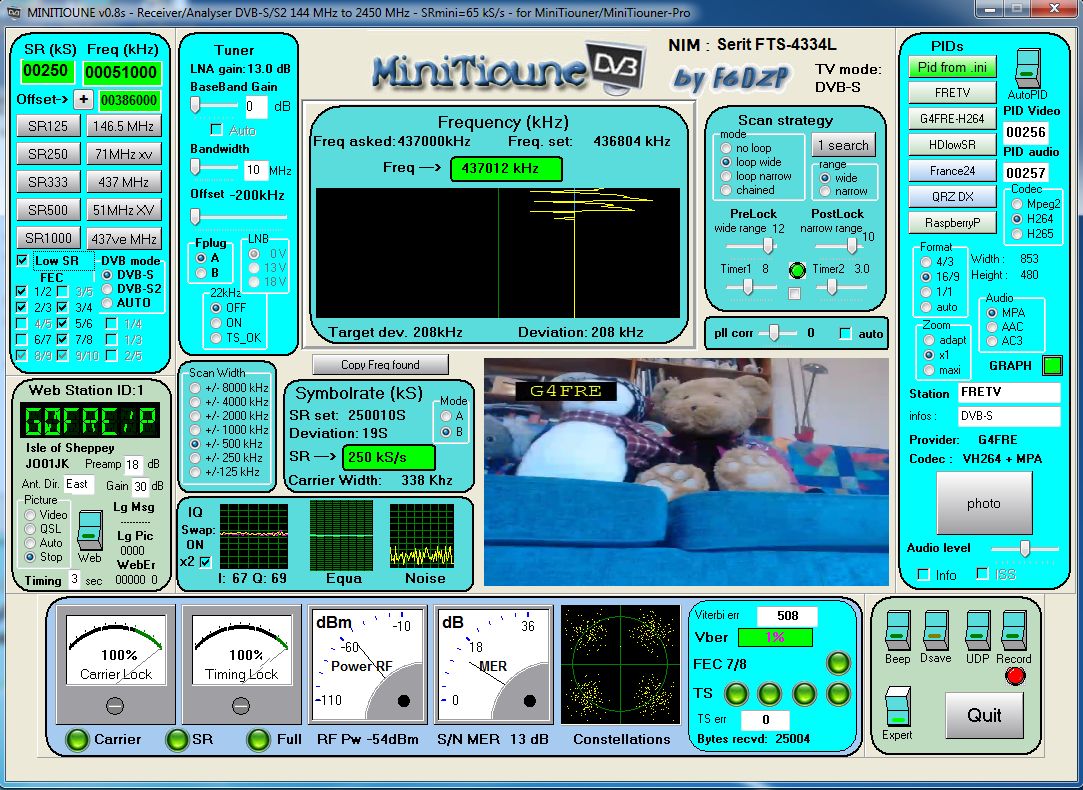 Hi Dave,
The reception tests look pretty good considering the location. I often do tests from JO01KJ (Warden Bay) mainly looking North/North-East on 10GHz. I guess that for your reception tests you were looking West/N-West, where were you located to get the required direction ?

I am QRV on 51MHz using Minitioune and converter.
I also use a lime mini for TX but have only 5W of power out.

I have only done some test with Evariste F5OEO that lives 5 miles from my home. Results were very good, I receided and decode his signal coming out the lime mini without anay amplifier and only a vertical antenna.

I actively search for foreign contact.
Perhaps we could do some test when the 6m band is open.