I should be active on 5.665Ghz from the top of the Lincolnshire wolds Saturday and Sunday afternoons, if anyone fancies pointing that way.

Should be a couple of us out around Belfast Lough on 6cm analogue early afternoon Saturday.

Will look to be active later on 2m datv in io74dn with takeoff east to south, will also have 6cm analogue available should anyone be positioned well enough to try!
Top

I will be on from home IO90ST Saturday afternoon (or whenever I have found the right leads).
I will probably have 146.5/437/1249 digital available.

Arthur G4CPE and I had a test arranged for 10.30 this morning with Ian G3KKD. It was scheduled for a few weeks back but Ian went down with flu and so had to defer it. We both had new kit to test and were hopeful for some good results.

On arrival at Dunstable Downs I could see we were going to struggle with all the new hedge and tree growth; it had been much clearer on my last visit. Ian gave us a call just a little before 10.30 and told us he hadn't been able to access the spot he wanted; all considered it wasn't looking too promising.

My latest rig is running about 8 watts into a grid antenna so under the right conditions we should have been a cracking signal over 37K. Sadly it was not to be and after several attempts we had to settle for a fail.

So Arthur and I decided to send in a report regardless; we can't win all the time.

At least we got some good stills and video courtesy of our good friend Don G0WFT who risked the wrath of the National Trust to get some airborne shots. 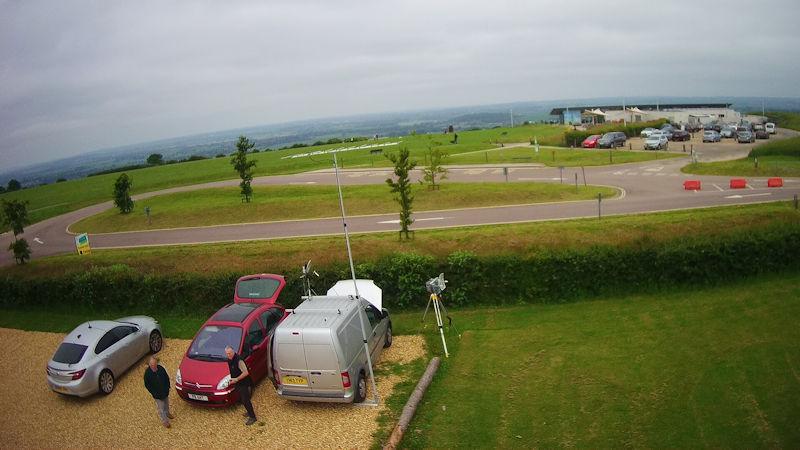 Saturday tests have been made with Dave G7MEG who lives a mile away. Tx of 437MHz 333kS went ok with both testcard and camera received P5. I remembered the obligatory whiteboard with details this time. He received my test card on 23cm too. I received it also on my Minitioune. It's not easy having the only DATV transmitter in the region.....

My changeover controller started playing up and I saw relay chatter affecting the amplifier transmission. It's reset ok after a switch off and on so I hope it'll go well tomorrow.
I've put my TV beams on an aluminium swaged pole set. These works well and will be safer to erect and take down than fibreglass fishing poles. My son and I found this out in a rehearsal yesterday. First roach pole snapped in bending and second went up vertically section by section but waved lovely in the breeze.

My main concern is whether Martyn G3UKV has a good padlock key for Brown Clee Hill IO82QL. The estate have restored the padlock which BT workers removed and Martyn thinks its to the same key as the one he holds.

G0ATW wrote: ↑
Fri Jun 08, 2018 4:30 pm
I should be active on 5.665Ghz from the top of the Lincolnshire wolds Saturday and Sunday afternoons, if anyone fancies pointing that way.

John
I could give you a contact on Sunday afternoon from High Bradfield, just to the NW of Sheffield. I've worked to Richard G0RPH on the Wolds many times on 5.6ATV. Suggest a time and 2m talkback frequency

Well, today has been a mixed bag. On the plus side, I now know I can set up a /P DATV station, I know that my new aerial and DG8 preamp work fine, I know my talkback station works and one or two now know my voice. On the minus side I have work to do on my transmit side as I was received but no picture lock (psu noise from the eBay buck regulators???), I also discovered that I must switch off the preamp feed before switching to talkback as otherwise it blows the supply fuse as the coax switch shorts it. Very many thanks to Dave G3ZGZ and Tony GW4CBW for persevering and trying to get my video. I will be back!
73 Dave M5TXJ/P
...are you sure I can't use a pair of 813's?...

Not being sure if Steve 2E0XAY could get out tomorrow, XYL and myself had an impromptu trip out.

Steve transmitting and us receiving, a first time for both on 5.665Ghz.

Just over 7km, not line of site, you have to start somewhere, more work on tripod to fit out as a serious platform 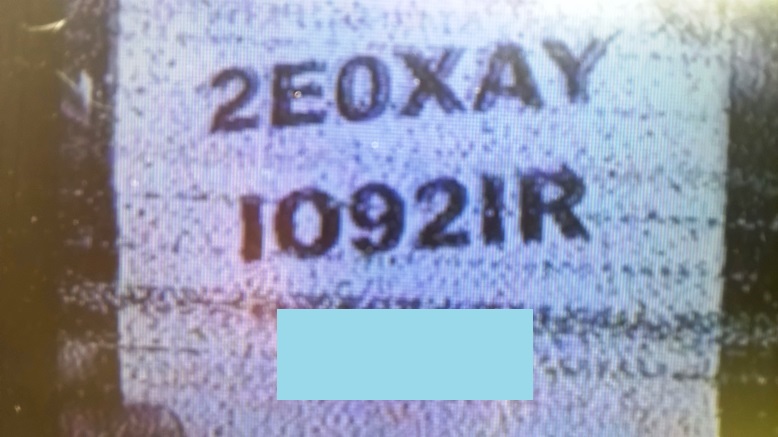 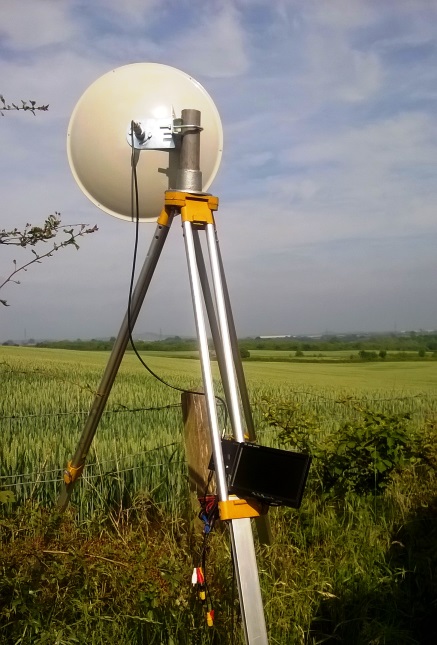