On Sunday, September 13, the large dish in Dwingeloo (25 m diameter) will be active during the ATV contest. It is only possible to receive because it is not allowed to transmit with the dish below 10 degrees elevation. With the enormous gain of this dish, not only the large, but also the small stations get the chance to create a nice, sharp picture in Dwingeloo, of which a photo is also made and sent on request. It will be received under the call PI9CAM and the operators are Jan PA3FXB and Jaap PA0T. We are qrv at 70cm, 23cm and 13cm. And DATV is also possible, also at 2 meters.

Unfortunately, QSO cannot be made via 2 meters due to the aforementioned transmission ban. We use the internet application DXSpot, see https://dxspot.batc.org.uk/. Creating an account is necessary, do this in time. During these four hours you can also communicate via Whatsapp with telephone number 06 86875497.

Corona rules may be tightened, causing the event to be canceled. We will make this known in time.

I Will have most bands with me as usual.

Hoi rob
I am gerard pe1bbi from the supportgroup at the DWINGELOO DISH.
Can you give me the exact locator you are in tomorrow morning.
gerard
Top

A quick report on the weekend is here:

Dwingeloo managed to receive both Rob and I at ~ 500kms on 70cms.

It was a surprisingly easy 70cm Contact.
I switched on 70cm with 25W 125Ks DVB-S and they saw me pretty much straight away.
I tried 23cm but nothing was seen of me which was strange although the wind was VERY strong so i could have been off heading a few deg, it was hard to line up accurately.
The 23cm system was working fine as i was accessing GB3NV a bit later on.

Problem with such big dish is openingsangle.
On 3 degrees on 23 cm1 degree and on 13 cm less than 0,5 decrees plus an offset bedause de feeder on 13 cm is aside the box in the focus.
We tried long on 23 cm but no signal from you.
We noticed that once de ant direction is ok whe had steady b3 to b5 signals.
It was a nice experiment; maybe repetition and longer qrv.
73 pi9cam group
Gerard pe1bbi 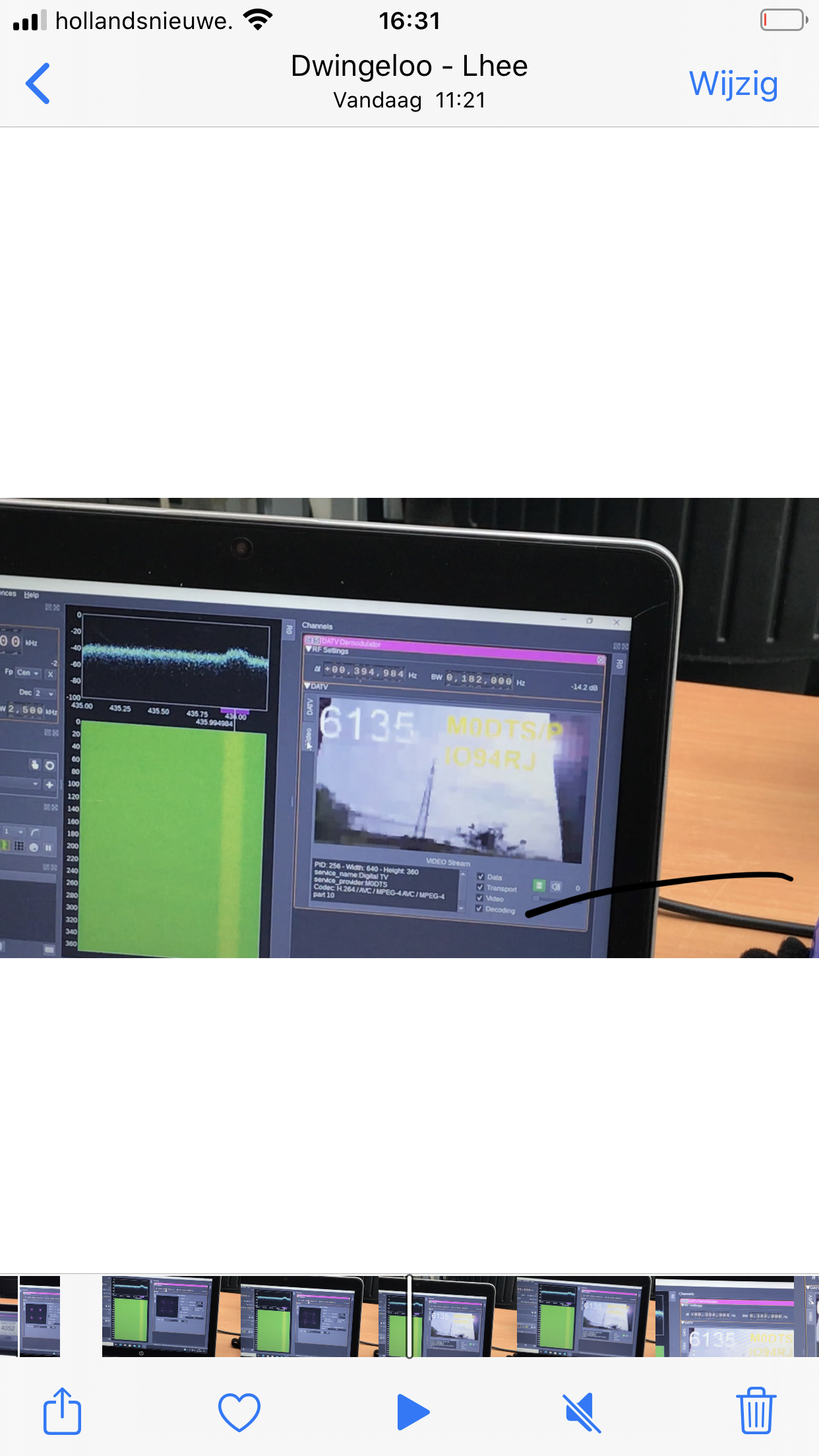