CCX in Taunton this AM up 10-13dB on Normal
Top

Sorry the attempts to here didn't work out, wasn't even a hint of a signal.

If I could go back, I would take the 2m DATV kit out instead. After started to pack the 6cm kit away I tried 2m SSB and quickly worked F & EA for a first to there easily. Hearing a beacon in IN88 from my hole in the ground QTH with a 4 element antenna below roof height just now. Gah.
Top 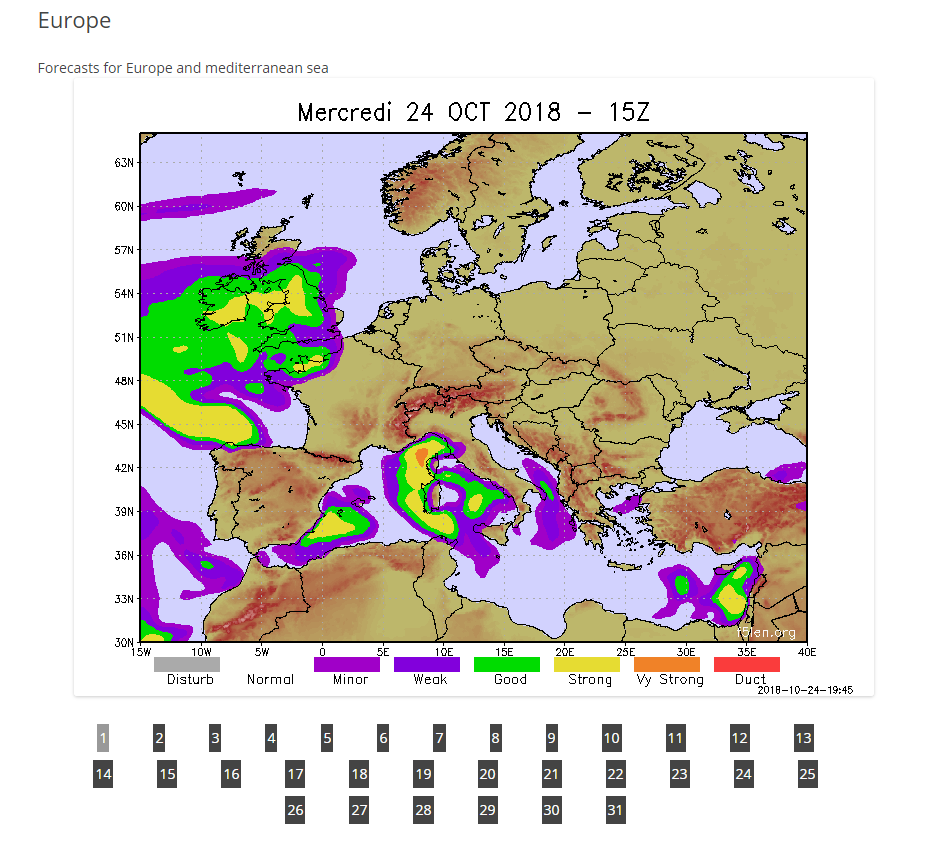 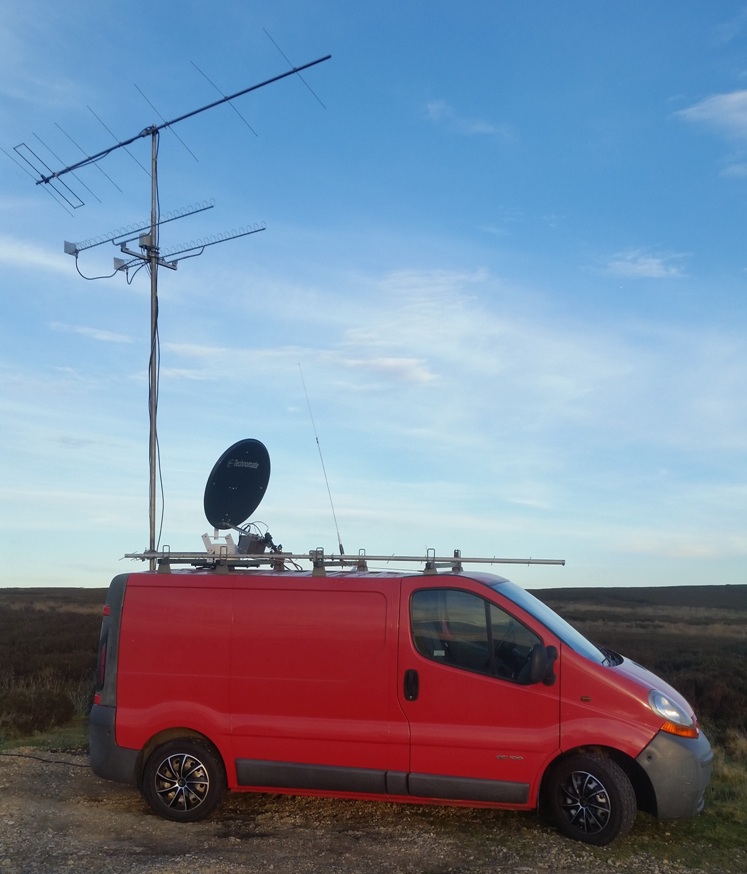 Well, what a day! G6AUR & myself were at Penn Hill, on the Mendips in Somerset, right next to the regional TV mast, IO81QF46RR, 299m asl. After my first call on .750, Rob came back and was a good strength, which was encouraging. However, the rest of the morning was a series of disappointments. I couldn't work Noel near Cheltenham on 5.6GHz. I then tried with GI7UGV & GI4DOH, but that was perhaps too much to expect at 424km. G4EWJ then set up at Winter Hill and that was no go, despite Noel exchanging good reports with him from Cleeve Hill. I was beginning to think the forecast was wrong and I was not going to work anything. However, I had agreed to wait for Rob M0DTS to arrive his portable location. On 2m talkback, we were both end stop signals with each other and I was beginning to wish I had brought 2m DATV instead of 5.6GHz. I lined up the dish carefully and noticed a dark band of cloud on the horizon in his direction. I put my TX on, just 1W, and he saw me straight away. After a bit of aligning, I was peaking P5! We quickly sent pictures the other way to make it a two way contact and Rob was peaking P5 with me also. We exchanged pictures both ways for 40 minutes with long periods of steady P5, but also periods of QSB that took it down to the noise level. 370km, my best TV DX on any band! Rob went on to work even better DX on 2m & 10GHz, so it was a truly memorable day. Thank you to all the stations that went out portable at short notice, some travelling considerable distances.
73 Shaun. 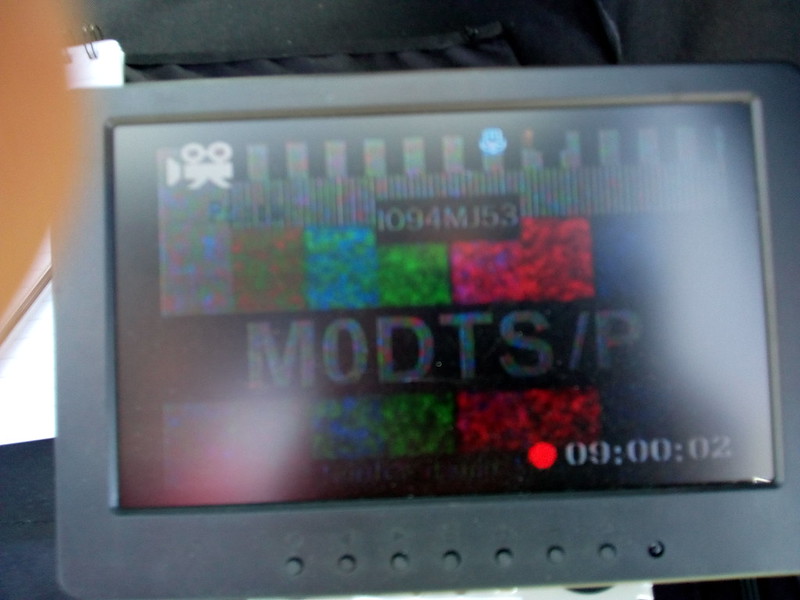 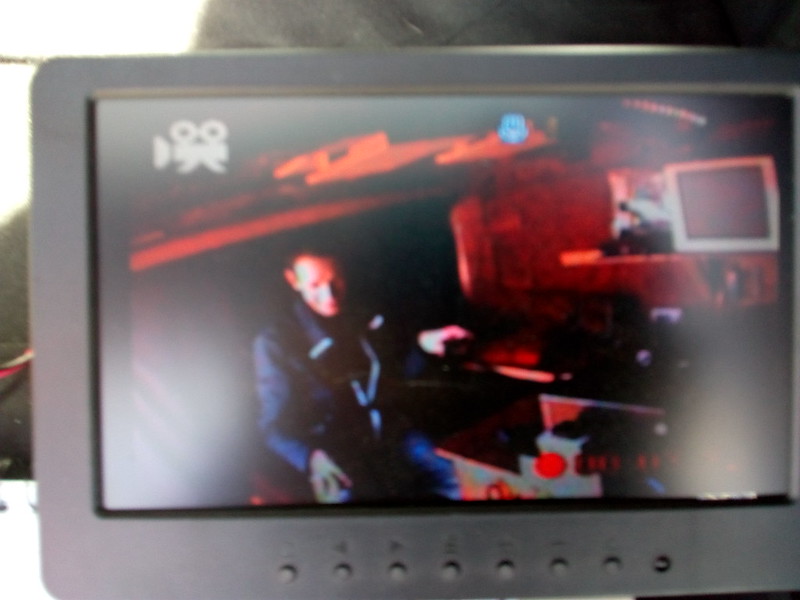 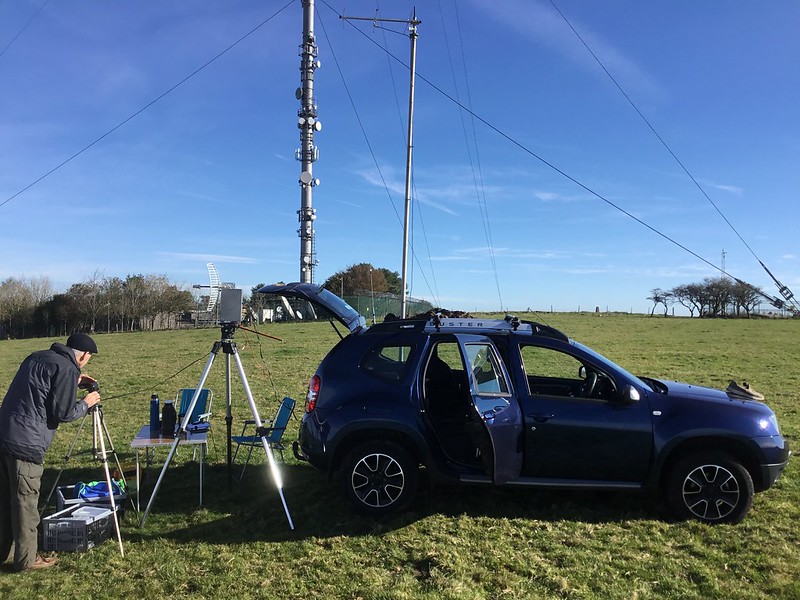 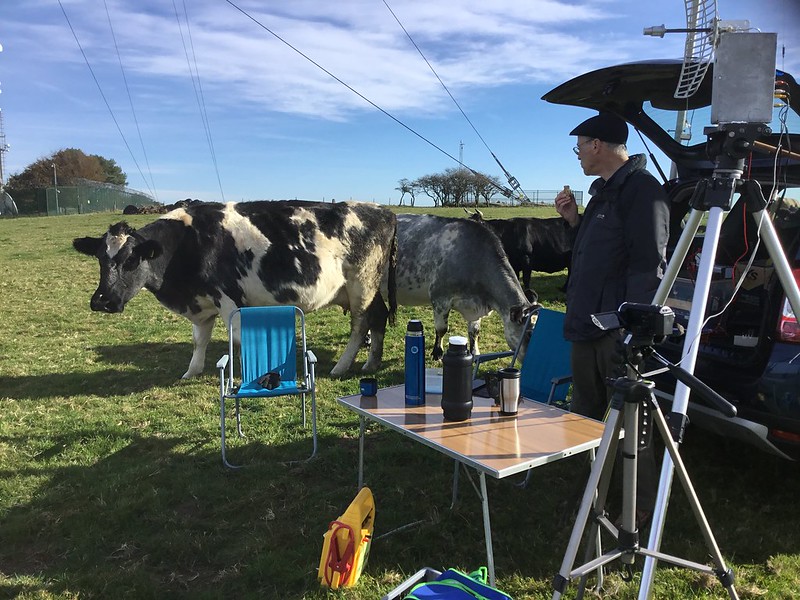 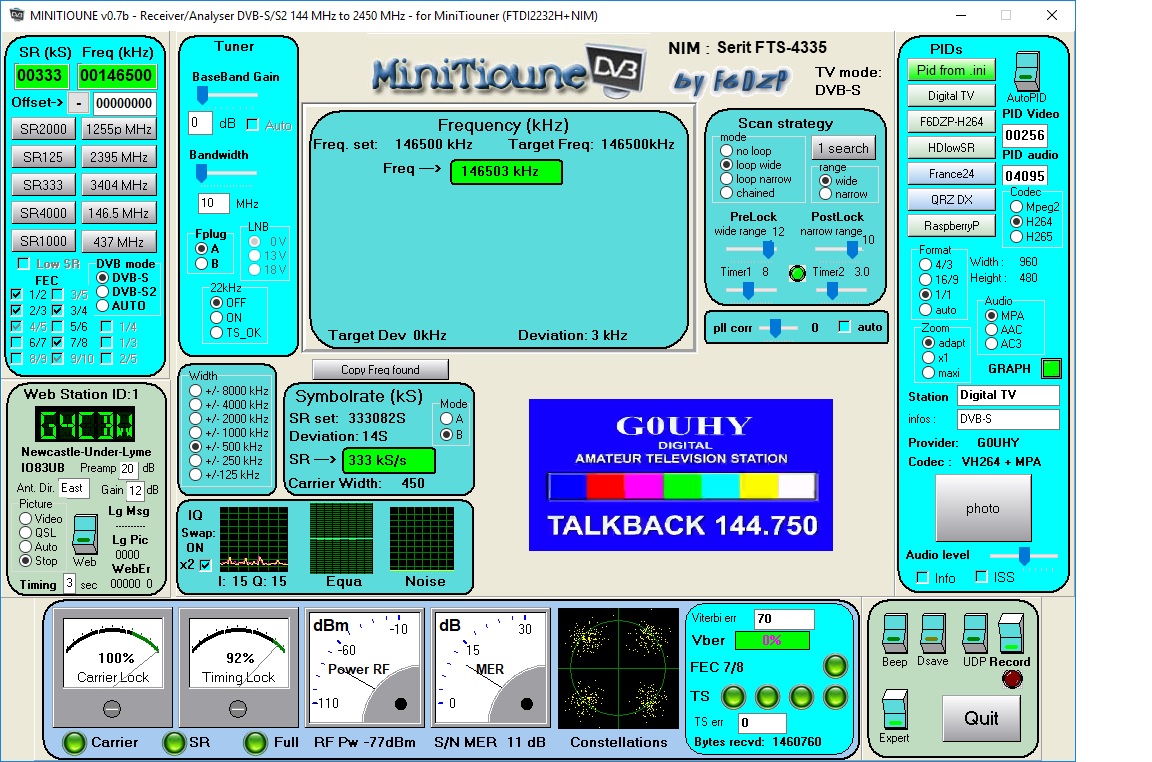 Not sure the other pics didn't go, will try again 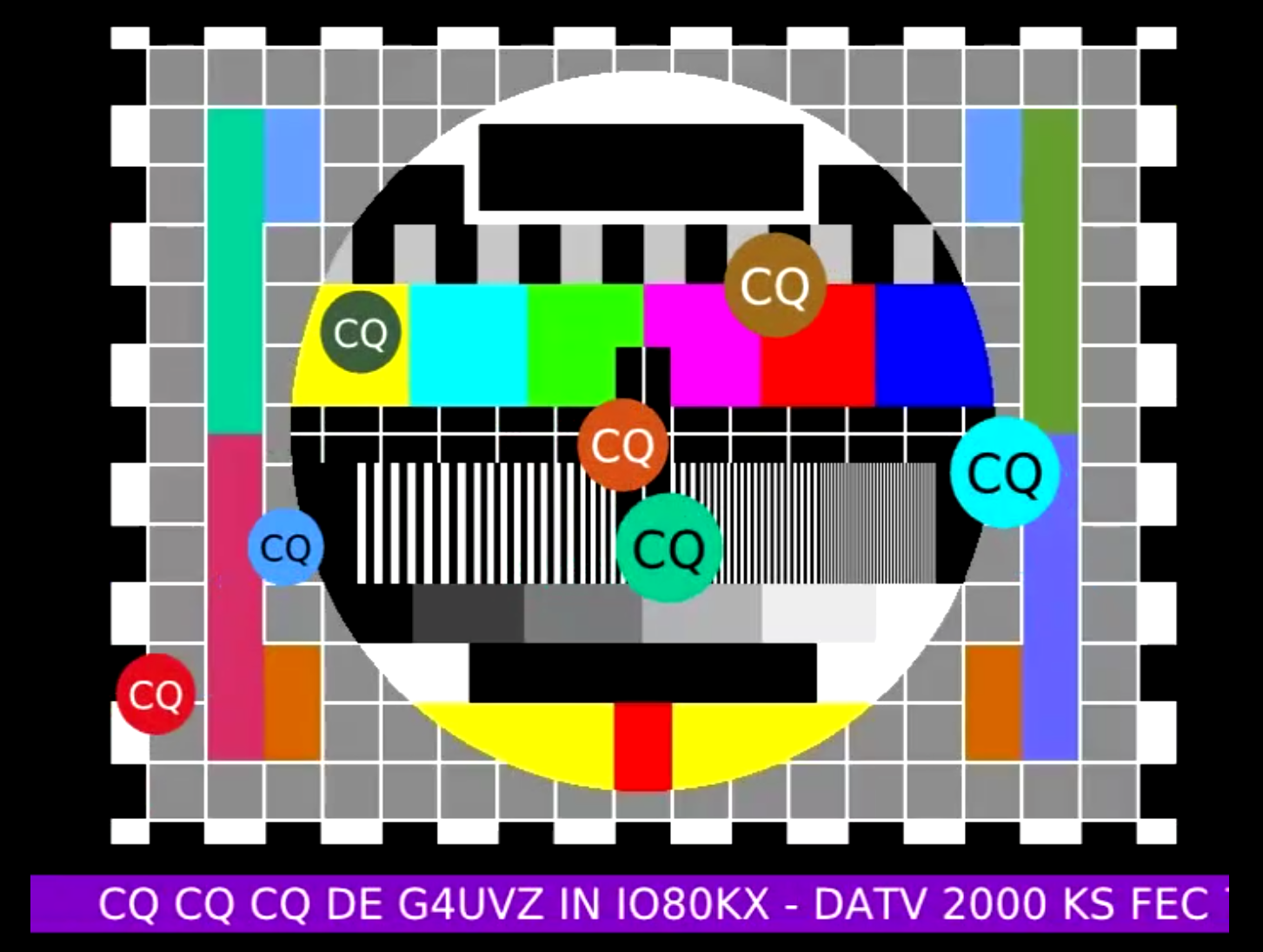 And again
The attachment M0DTS_P.jpg is no longer available 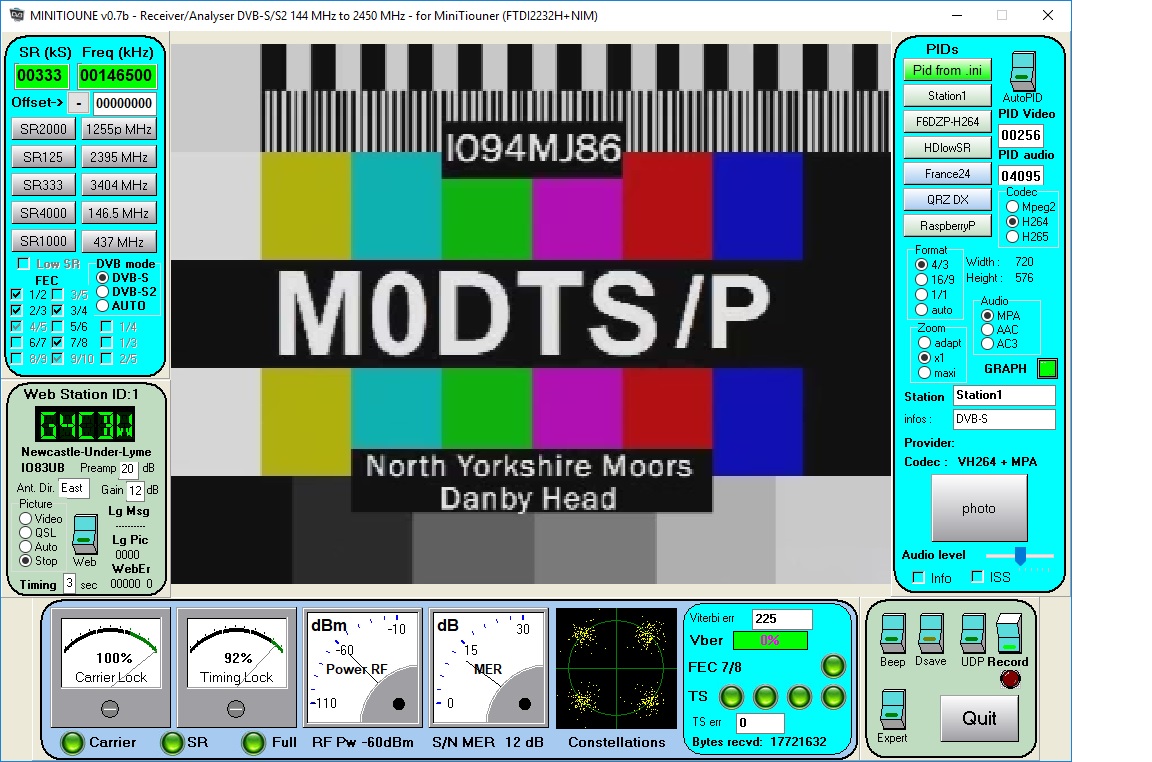 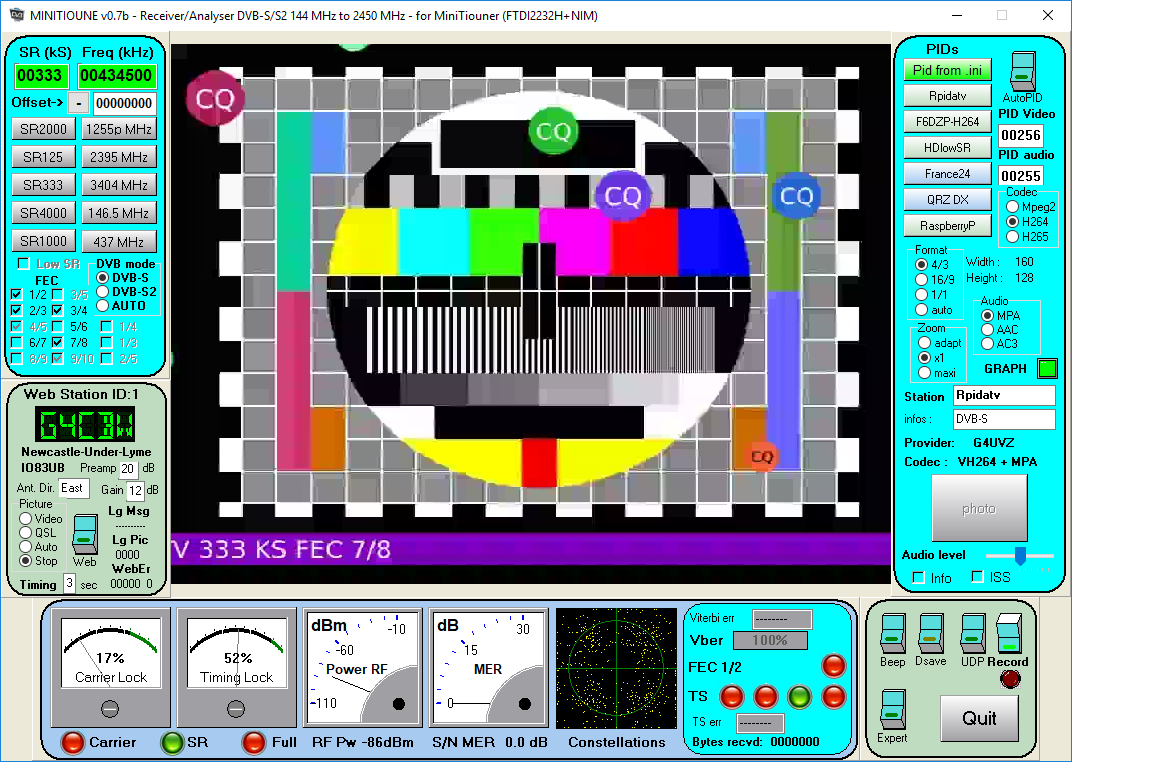 G3NWR (G4EWJ, M0LCR, 2E0DHQ) went to Winter Hill near Bolton in Lancashire, where it was cold, windy and overcast. It seems like the best weather and conditions were elsewhere. 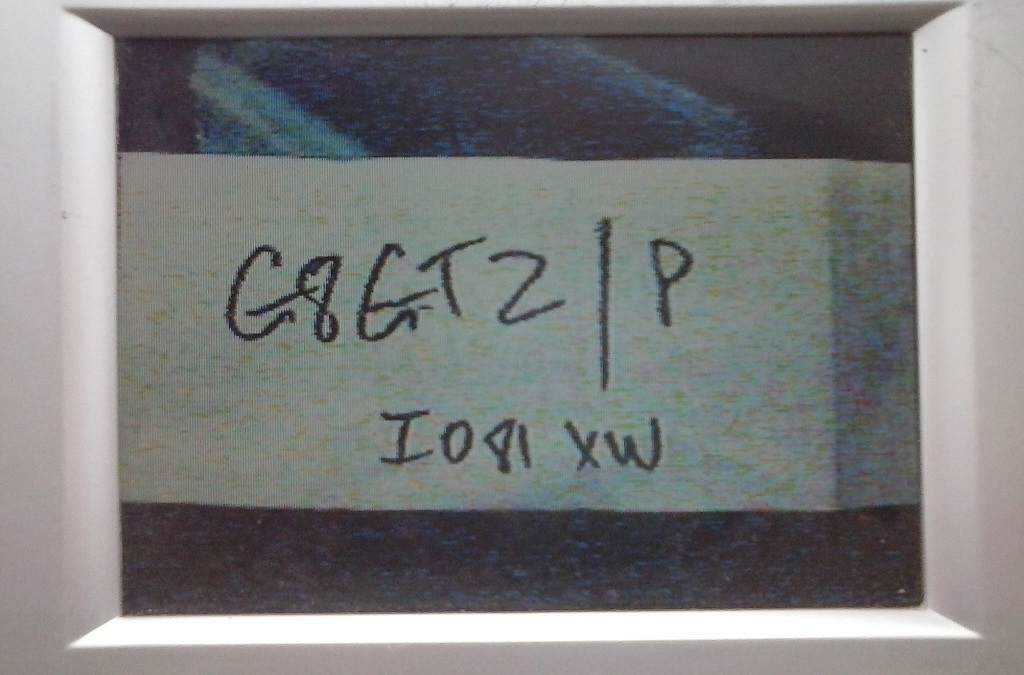