I want to put all my toys in one box to use with PIPO
-Digilite
-USB PVR
-Mini Tiouner
-ULtram with display
Before I buy PIPO......Has anyone used PIPO with Digilite/USB PVR?
Can't find any reference to anyone doing this
Surely someones done it
Is there something basic that prevents this from being an option?
Top

I've been doing some experiments along those lines with a Pipo X8 with Windows 8.1 as delivered.

GBPVR installs OK, but when trying to set up the PVR2USB, it keeps complaining that something you just set up needs setting up again.

The HVR-1900 seems to work OK. I can run a graph and DigiLite Transmit appears to run correctly and the DigiLite board flashes correctly and I get video in the graph. Settings are retained during a reboot. I can run Live TV in GBPVR and see video from the HVR-1900. I haven't actually tried to write to disk with GBPVR or put a receiver on yet.

The only configuration problem was that MSCOMCTL.OCX is not part of Windows 8. This is needed by DigiLite Config, which is written in Visual Basic 6. You have to get the OCX from an earlier version of Windows and install and register it in a very particular way to make it work.

I need to try the PVR2USB again to make sure I didn't go wrong somewhere. I wonder if you could install XP on the Pipo?

Thanks Brian,
Had a funny feeling it might be a problem
Looks like plan B: an old laptop might be the go, a little bigger but has batteries
I'm glad I asked......usually everythings been done before
Cheers Roger
Top

As it comes with a free upgrade to Windows 10 would that be a solution or is the problem the same?
Top

Sorry, I missed this one.

I think the problem is with the PVR-USB drivers, so W10 probably wouldn't be any different.

Well Digilite, Ultram with controller, Mini Tiouner and PVR are all in one box: an old Sat Box I call it "Digitiouner"
A cheap USB hub splits the USB 3 ways they all seem happy with that
It's a bit of a squeeze, the RF amplifier will be outboard as that generates heat but is feed from the 8 Amp inboard supply
The Ultram didn't like any thing close by so we jiggled a few bits around
Now it just needs a tidy up 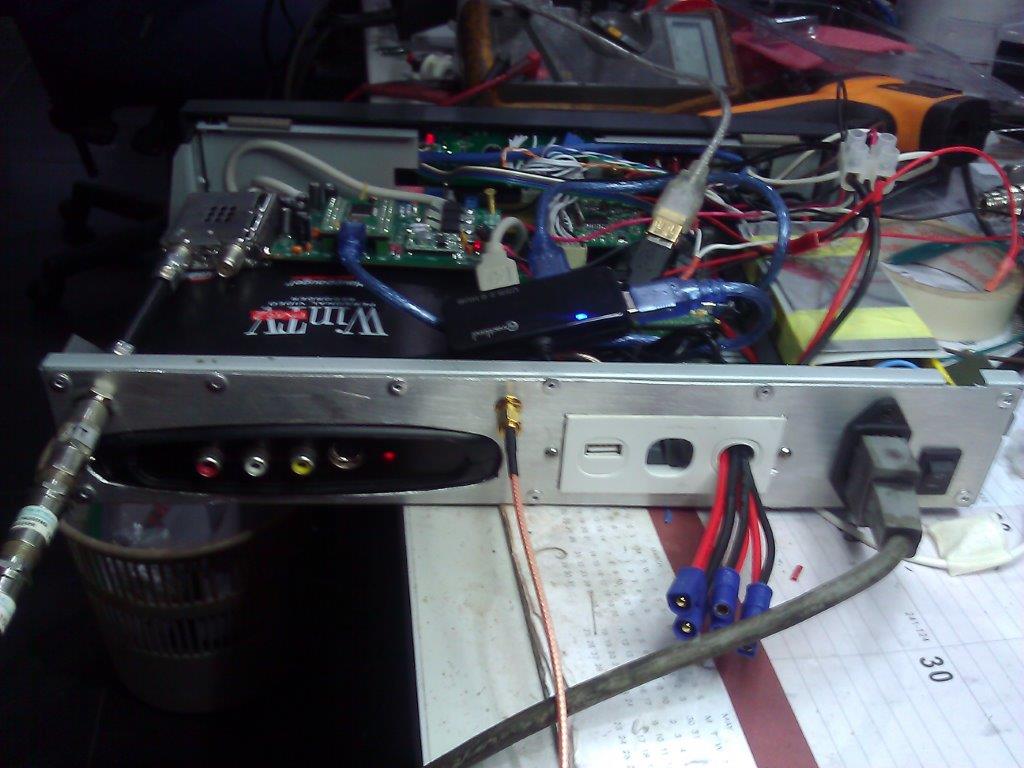 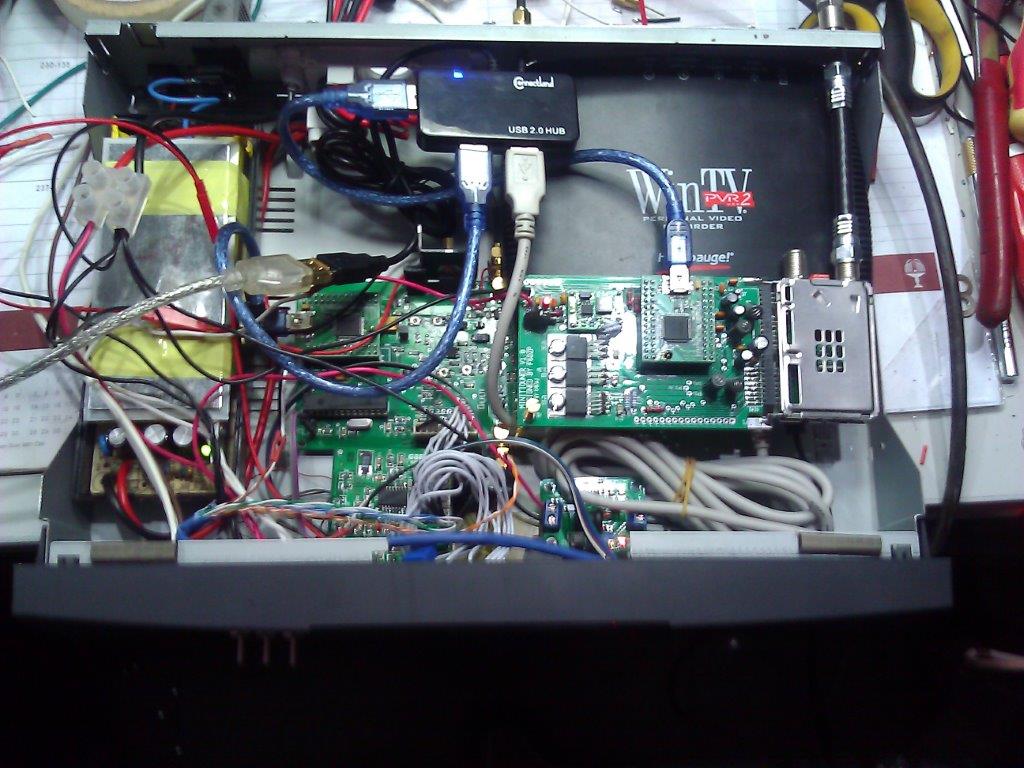 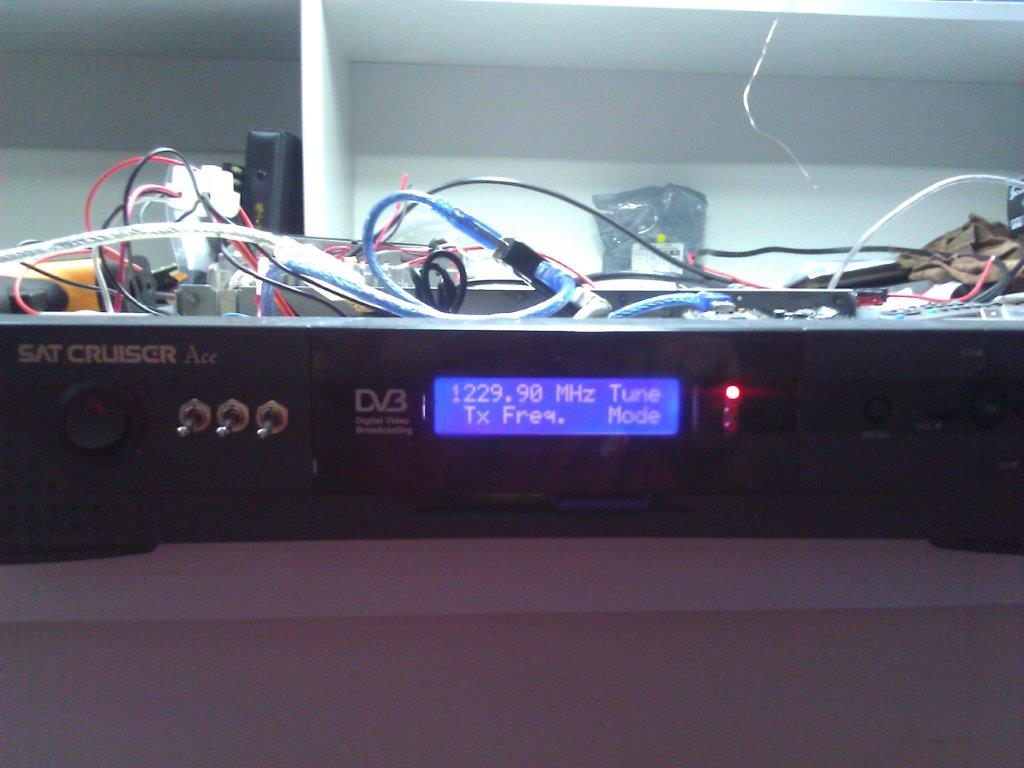 Nice. It's good to have almost everything in one box. It really reduces the setup time for portable operation. I hope to get there eventually.