Videos of the presentations at CAT14 are now available in the archive section of http://www.batc.tv

I've put up G4KLB's ISS HAMTV talk at AMSAT 2014 in place of the CAT14 presentation, but the talks by G8GTZ on spectrum and Martin, G8JNJ, on the SDR, are not available.
Top

It has been pointed out that a couple of the videos have lip sync problems.

This is partly due to the fact that we already had a major exercise in getting the stream online (see attached picture) but then on Saturday morning the trusty BATC PC we have used for streaming for several years and which we were going to use to record the sessions crashed every time we plugged the capture device in.

This meant the only way we could record the sessions was by using the PC up at the remote site which was doing the streaming and I had to start and stop using remote desk top software on my iPhone! As this was not practical after each session, we have ended up with huge files which I have had to edit down to each presentation and somewhere in that process the lip sync went wrong. 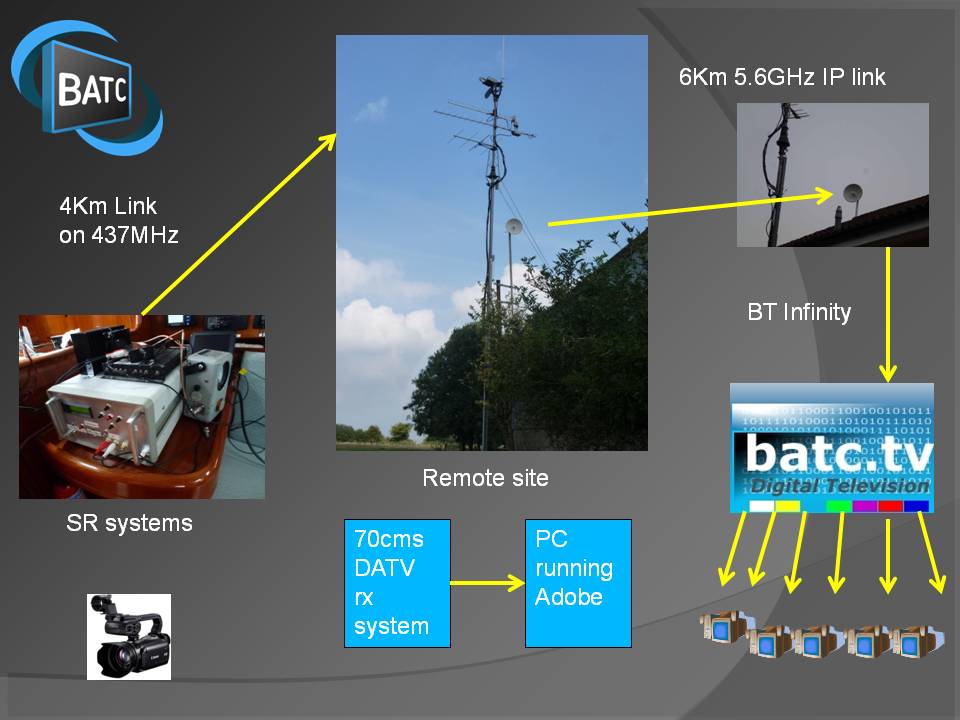 Apologies for this but if you feel you can help and want to get involved at the next event just let us know.