After the failure to receive 4m signals on Boxing day I decided to have one final try on the morning of December 27th. A location with a slightly better takeoff to the NW was found in JO01KK, not far from the G8T contest site

Pictures were successfully received over the 230km path with a MER of 10dB.

Due to time constraints 6m was not tried 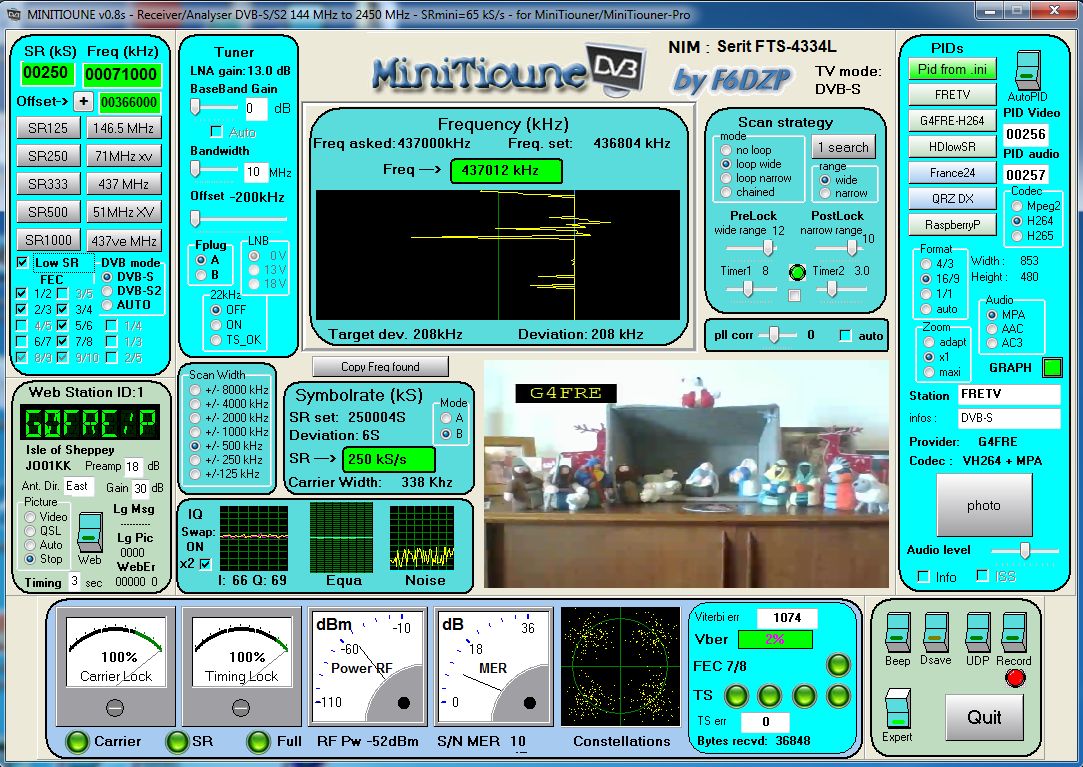 Now to match the distances with 2 way QSOS!