Having seen your amp it's great to see I'm not alone with the NXP starter kit, good work!

The NXP Rep said for DVB-T 6 Metres: "the 101 and 300 are good choice, low cost and easy to mount.
just watch the thermals are they are not as good as the ceramic devices for thermal (which is harder with extra bias)
on 6M some negative feedback can help IMD. (this needs to be investigated further and I'm no engineer, hint, hint)
on 2M mostly the output match to tune for more peak power help on IMD"

After trying different drivers amps, getting the IMD tamed has been troublesome, currently using a Mishibshi Module with max bias
My original idea was to have the 101 drive the 300, which worked, but the smoke came out over biasing the 101, lucky you get 2

With MRF300 bias around 2.85V and 2A drain current, output match was disappointing, so the tweeking began
The 90nH coil was bent to decrease L4 and ended up shorting a turn, then added more Pfs after it
Normally with DVB-T Class AB push pull is the go, so I started building a 2 Metre version that will be a practice run for 6 Metre version
90 degree hybrids made from coax could be another cheap way forward combining two amps, that might cheer up the IMD

Also on DVB-T with power, using a band pass filter is a good idea, anything mechanical is going to be big, does anybody have any suggestions?
A combline or interdigital is going to be 1.5 metres long, a cavity or two maybe, to keep the neighbours happy?
Made my first experimental DX across town, achieved with couple hundred milliwatts into a vertical and Knucker RX with 6M quad
My prediction is the first decent long distance NB sporadic E DVB-T contact will change everything, or has it aready been done? 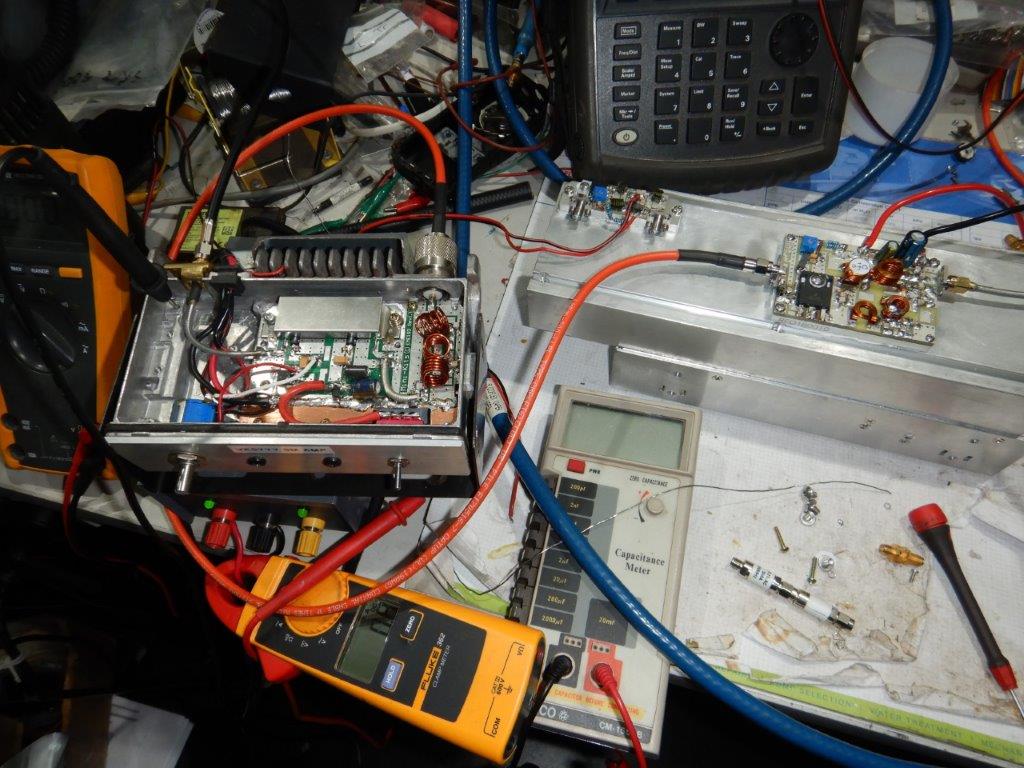 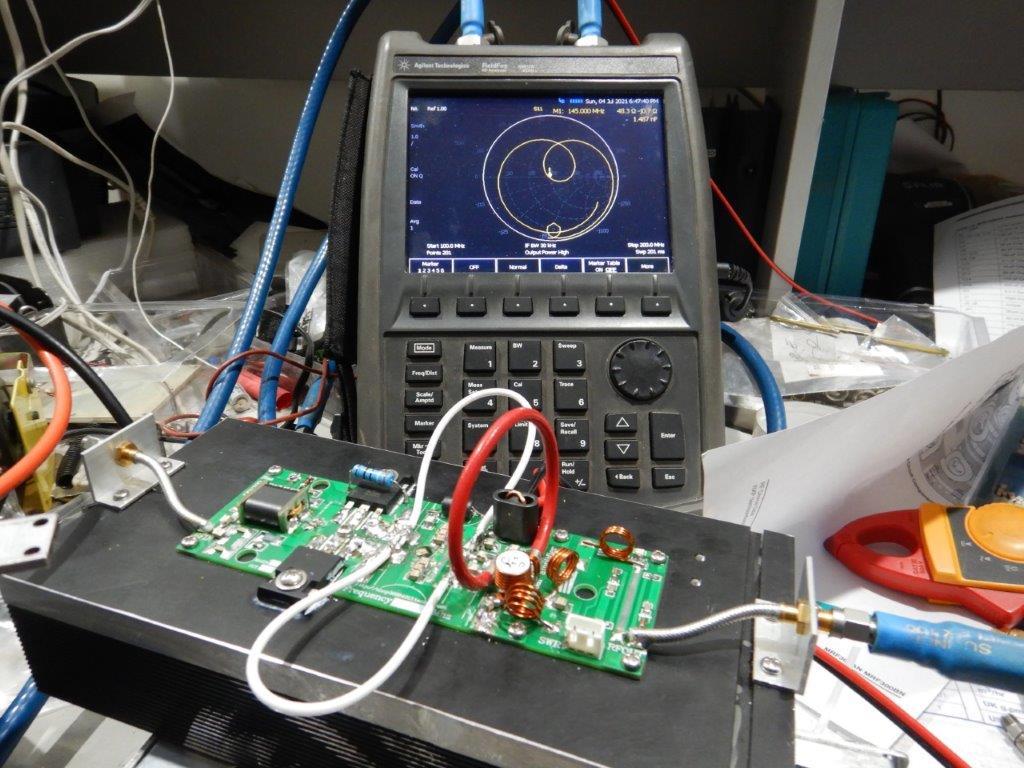