The Netherlands IARU member society VERON is encouraging its members to use DATV in the 2m band in August:

Note, they were inspired by the work we have done in the UK so be good to try and have some cross band with 146MHz activity across the North Sea - paths exist from Dungeness Power station in the South to Redcar and beyond in the North so be good to spread our selves out a bit. Need to choose sites away from 2mt repeaters!

We'll make contact with PA3CRX and try to arrange some scheds - they may even want to use dxpot for co-ordination!

I seem to remember Bob Platts and crew had good results with QRP 10Ghz stuff over the sea and far away in that direction. Looking a bit further north (Southwold/Orford area) as have a sister up there. Good excuse to visit.
Gareth
Top

Yes, John G7JTT and I went to Dungeness and worked a number of Dutch stations on 10GHz FM in 2000. 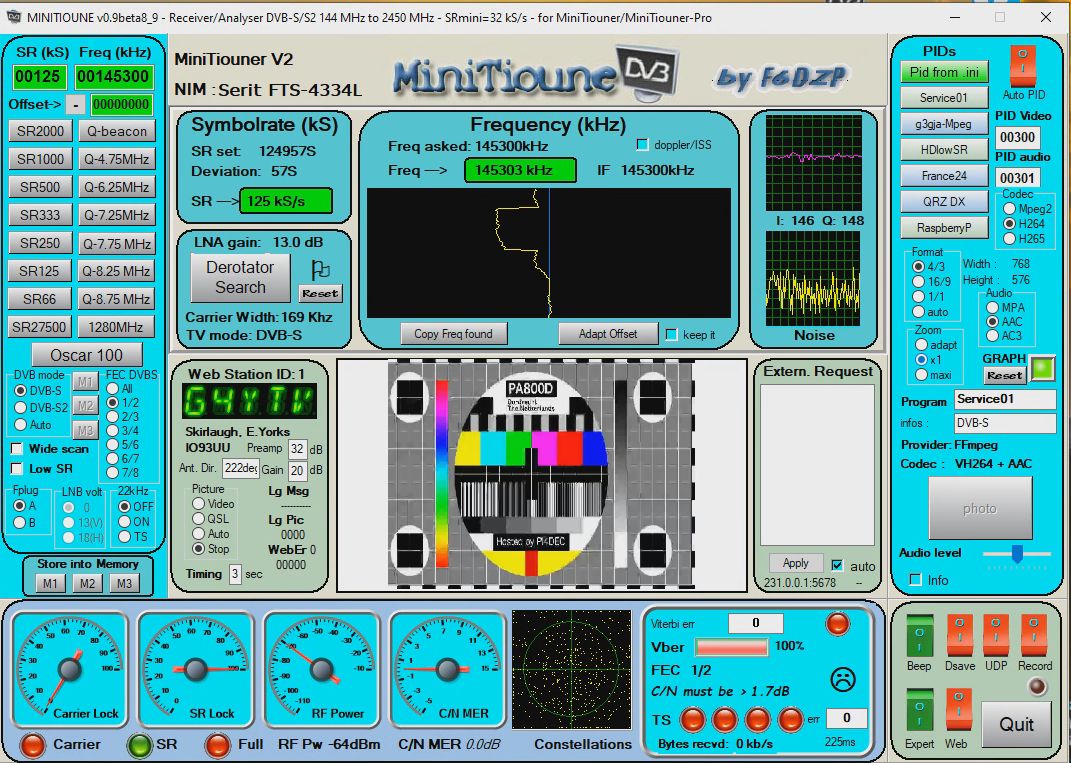 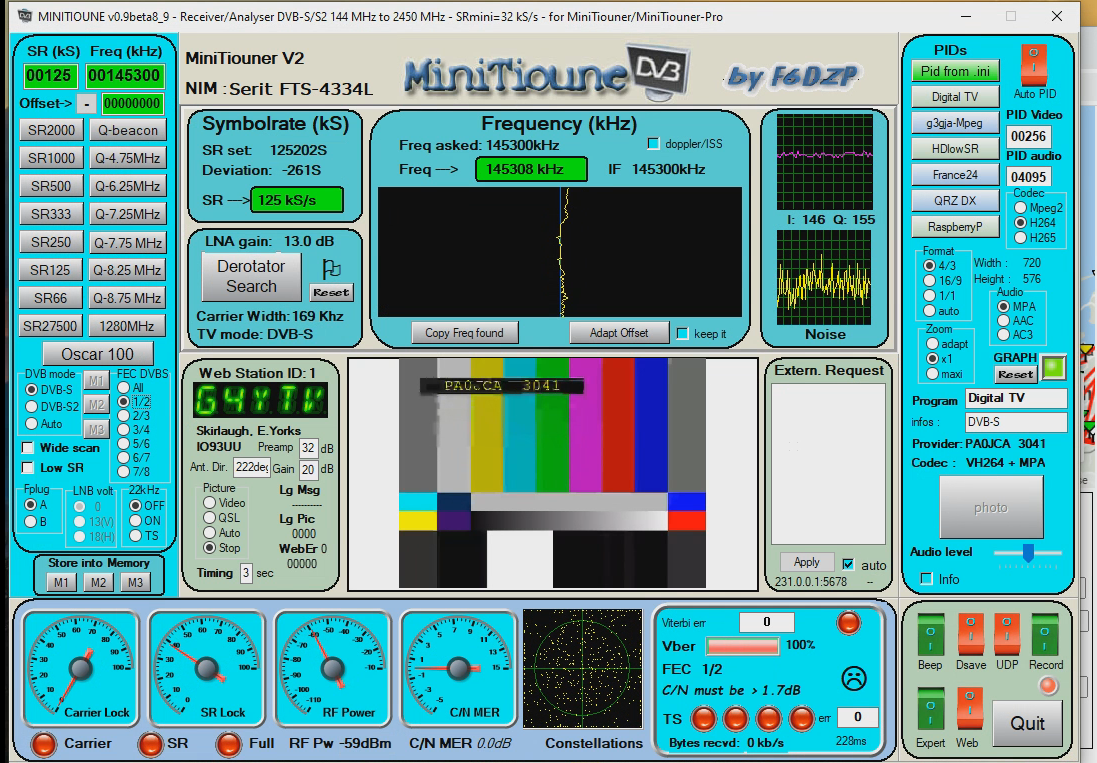 
Surprising that nobody else in the UK was making use of the flat conditions to work the Netherlands on 2m DATV! 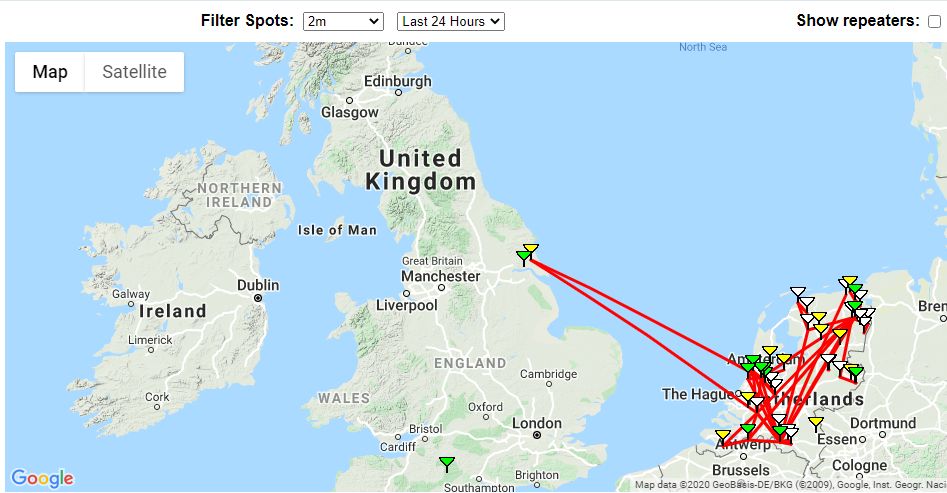 Unfortunately i had to work over the weekend so missed out on the activity.
I had hoped to go to Ravenscar... maybe next time.

Ravenscar would have been an good location to tap into the AS from planes coming out Schiphol, especially those heading out for an Atlantic crossing.

I can't see any other propagation mode being in play last Saturday afternoon. Hepburn and F5LEN showed no tropo possibilities. G4YTV fires into the flight path from Schiphol to Manchester when beaming to the Rotterdam area, so there's plenty to bounce off if you are patient.

I haven't got full details of the station that the Dordrecht Club was running yet. The power or ERP would be interesting to know.

However, running 125kS/s is clearly viable and with the higher power available in the 144-146MHz segment it might be worth trying in the UK.

First time on this forum.
Call: PE1BBI gerard
I am from Groningen in the NE part of the Netherlands
Last 5 years activ in the atv contest 2 weekend in december in analog
ATV on 70 and 23; with optimized antennes: 3x 23 el on 70 cm and 2mtr dish on 23 cm sdr sharp
we managed even under no propagation max 273 km.

I also dit join de dutch datv activity day on RECIEVE only.
I managed i recieve on PE1ITR/P 243 km. Running a EME systeem of 6 x 10 el X-pol.
RX: HackRF One with sdr angel.


ANSVER FOR CLIVE:
The 2 stations recieved bij G4YTV i have some info on that:

PA800D(event call from PI4DEC) they did rum 100 w in a Yagi qth Dordrecht.(Their website under PI4DEC)
PA0JCA 80 W in a 4 el at 10 mtr Amstelveen (very close to Amsterdam airport)

Clive i think your are right with the airscatter theory. In the contest i had lots of problem with fast qsb on the signal.
Next time i will try to listen on circulair polarisation(I forgot it).

Next step wil be transmitting; I have not yet chosen the tx concept.

1) Do you know the location that G4YTV was using to receive the DATV stations in Netherlands. It is not clear to me if he was at home or portable??