I think that this a new record for DATV on this band; Noel and I hope to increase this distance during the contest!

No PCs were used at either end. Portsdown with Lime transmitters, and Portsdown LongMynd recievers; it was great not having to mess around with laptops and mice. 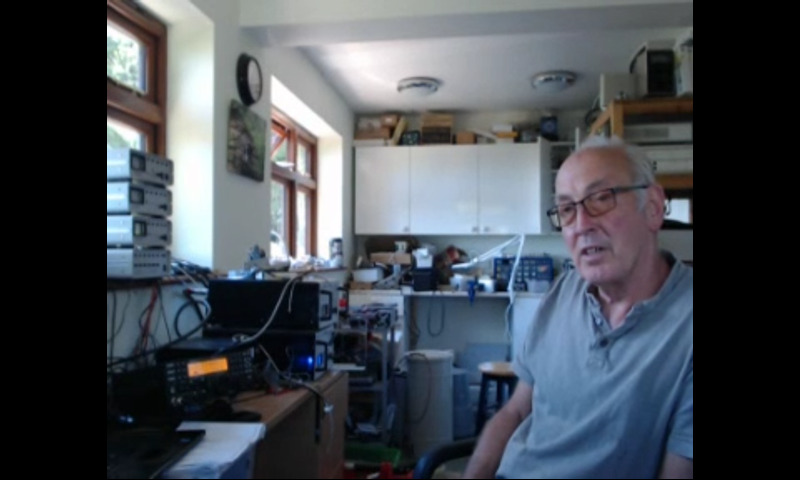 On 5.6G DATV what are you using to convert the incoming signal ahead of the Portsdown?

Standard microwave transverters with 145 or 432 MHz IF.

However, the Pluto does cover 5.7 GHz and so transmit could be done but receive is more challanging although not impossible these days to build a down converter.

Condx were very stange with very fast QSB on the FM voice signals and we were very surprised how bad the 5.6GHz FM was by comparison over a LoS path - DATV had an MER of ~15dB but only a P3 on FM - that's 500Khz vs 27 MHz....

If you are determined I THINK SDRAngel will receive DVBS on a Pluto. Suspect you will need some front end gain though. I wonder if a FM TV drone rx could be 'tapped off' in some way? Beyond me to trace a signal at those frequencies, although I guess SATSAGEN with a Pluto would work to establish what the signal path/process is....(so not beyond me in theory

***EDIT*** and of course there is the DVBS2-GUI from AmsatDL which does use the Pluto. Seems to work but I have a problem getting VLC to work on my PC with both MT and this SW so until I solve that I'm stuck to test.

Mine was a homebrew transverter with 1560 MHz IF. Using an ADF4351 programmed for 4.2 GHz, with a modamp on each output to feed 7 dBm to 2 double-balanced mixers (one for TX, one for RX).

On the receiver I use 2 "Franco" 5.7 Ghz preamps with a splitter after the second to feed a filter and then the DBM on one output, and the drone receiver on the other.

On transmit, the output from the mixer goes through a BPF and then to an amplifier before driving the PA. There is also a relay in there to switch in drive from the drone transmitter for FM.

1560 MHz is used directly for the DATV IF on transmit and receive. Before the appearance of the Langstone, I also built a second transverter to use a 432 MHz FT790 for narrowband - if I did it again, I would just use the Langstone.

Why a 4.2 GHz LO? It was a trade off between as high a frequency as possible whilst achieving sufficient LO drive within the available components/budget.