I did not have the best outing yesterday but still had some qso's fortunately!

Got setup on site ~11am.
First try was with Shaun G8VPG/P on 5.6GHz... this went ok, P2/P3 signals exchanged (on peaks) in between the noise so that was great to see again on this long path

Next we went to try 2m but unfortunately i had issue with my laptop not booting up so all digital tests for the day were off after this point!
Most of the day i was watching GB3UD on 23cm which was a cracking signal wherever i was beaming!!
Had an easy contact with Albert G4DHO via UD, the first time we have worked on i think.
Exchanged nice signals with Bob G7AVU on 23cm but fast qsb observed, we did try 5.6GHz but that was a no go.

Quite a few on .750 talkback but not strong enough for tv unfortunately.

When i got home Terry G1LPS was reporting conditions had improved, i had a look but not much to be heard seen at my low level.
Later i was hearing ON0TB and DB0JK beacons on 23cm... looking on the sdr i could see a weak tv signal on 1280MHz beaming the same direction.
TVSharp was started and i did manage to see a video loop and testcard repeatedly (like a repeater maybe?) but unfortunately not enough to identify the signal. The text at one point appeared to be a german callsign but i'm not sure, i have some video but it's not great.
Anyone know if there are any other analogue repeaters which output on 1280MHz in PA/ON/DL? note it was not PI6JOU.
Video/testcard seen is here: https://twitter.com/M0DTS/status/1064470771031056385

Managed to receive weak signals from M0MLJ and G7JFI (only running 6w!) at home, quite an achievement

Conditions still up here this morning but only on 2m, nothing seen on 23cm.

73 to all and thanks for the activity.


Note - never change anything on your laptop prior to going portable! I had installed a second hdd with linux on it the day before which somehow corrupted the windows drive and did not allow it to boot correctly.
Initial test using this linux install which is equipped for detecting pulsars was quite promising using my 3m dish and sdr receiver, another interesting journey to divert my attention!
Last edited by M0DTS on Mon Nov 19, 2018 10:57 am, edited 1 time in total.
Top

Only one station worked this time but a very good signal received from Shaun and Brian on 2m.
I failed to get a signal back to Shaun due to operator error this end. ( To embarising to admit what I did wrong )
By the time I had dicovered the problem Shaun had packed his gear in the car. 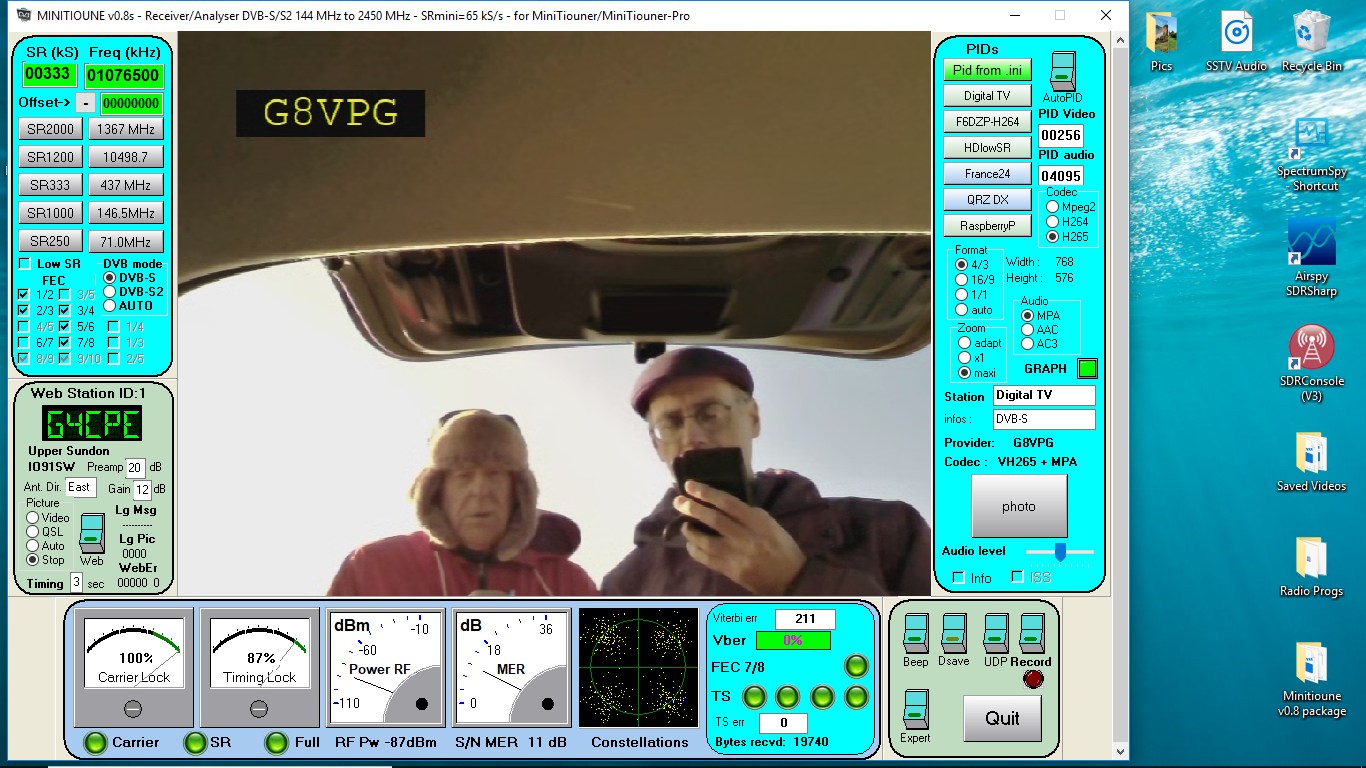 Rob see this link might help you identify the one that got away http://www.atv-relais.de/tabelle.php
Top

G6AUR & myself had another cold day at Penn Hill on the Mendips on Saturday. Luckily it was fine and sunny. The various propagation forecasts were very encouraging but conditions on the higher frequencies were not as good as during October. Rob M0DTS/P was very strong on talkback, although even this became variable during the afternoon. However, we did manage another two way on 5665MHz, with about P3 peak reports both ways, but the pictures were only present in snatches with long periods of sync bars. Unfortunately Robs computer misbehaved and so digital contacts were not possible - I am sure that we could have worked easily on VHF during the morning. I was also pleased to get 2m pictures to Arthur G4CPE for the first time and a brief snatch of video to Dave.
It seems that everyone had technical problems this weekend, often self-inflicted, and so I will confess my stupid mistake! Having completely rebuilt my VHF upconverter since last month and got it working really well on the bench, I connected Minitioune with the LNB volts turned on. Of course, this has destroyed the mixer and I have just submitted an order to Mini-Circuits which also includes an SMA DC block!
73 Shaun. 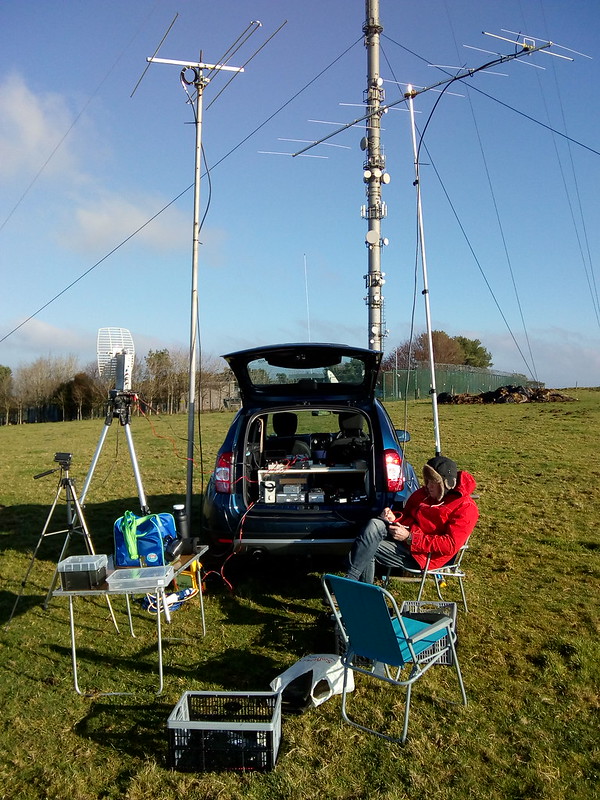