The attempted 42km G0MJW-G4EWJ contact on 2m from Winter Hill to Birkenhead was unsuccessful yesterday, but there is a large hill in the way.

Came in to the home shack last night, called CQ on .750 and Mike G0MJW came back from Winter Hill 59+!

Lesson learnt was if you just listen, you'll never work anyone :-0

Not foggy here this morning but condx still seem good so will be out /p later today.

Congratulations Noel and everyone else who worked such fantastic DX last evening. I was listening on the Farnham websdr and it was very exciting. Where are you planning to go today Noel and what time will you be there? I am planning to return to the Mendips by around midday.
73 Shaun G8VPG.
Top

Thanks especially to Noel who entered the gates of hell (the M25) and emerged successfully in time to complete the contact.

Conditions were exceptional and they are still good today. Given the beacon strengths up here from Northern France yesterday I think it could have gone over 500km - one way of course as the French don't have TX access to 146MHz.

Signals from Noel, Arthur, Steve and Mike on 2m were sufficiently strong for me to operate my 146.5MHz TX and still hear the 144.750 talkback.

For the third time in December, we ventured out /Portable in the middle of winter. Let no one doubt our enthusiasm (or foolishness!). With a major lift on and records falling like ninepins the day before, I was hoping that conditions would last long enough to make a two way contact with Winter Hill from the Mendips. I got to site just before midday. 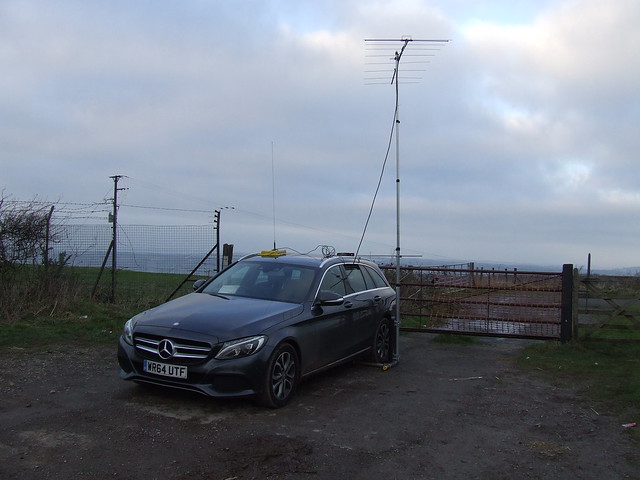 I put out a few calls and Mike G8LES was the first to reply. We worked two way on 146.5MHz 333ks/s without any difficulty. 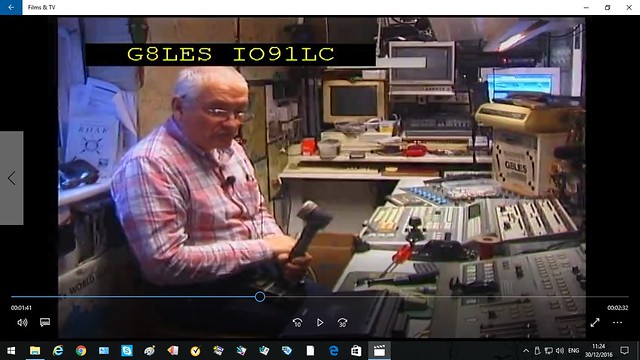 As I was finishing with Mike, Arthur G4CPE called me, but our conversation was interrupted by an even stronger signal – Hans PE1CKK – who wanted to know if I could work 23cm ATV. At this moment, I regretted only bringing my 2m RB-TV gear with me! I was able to send pictures to Arthur, but couldn’t quite receive his, despite getting lots of SR lock. This proved to be the pattern for the rest of the day. GB3WR (145.600MHz output) is on this site, but even when it was not operating, I was unable to get a locked picture. I haven’t had this much trouble at other sites and will have to check the receiver, but think I will probably have to add some bandpass filtering. Having said that, Minitioune ran faultlessly all day on the Pipo – usually I get lots of freezes when portable. This time I discarded the Pipo provided power supply, and ran it on the 13.8V output of the Alinco psu, so perhaps power supply was the cause of the problems. DATV Express required a couple of restarts after going into buffer over-run mode – usually it is very reliable!
Mike G0MJW and Brian G3NWR/P, both on Winter Hill, were very strong on talkback and were able to receive my pictures, but I failed to receive theirs. GB3WR was fully occupied with rag-chewers and Dxers, which was a major problem – although I actually spoke on it to another PA3 who wondered what repeater he was accessing and a friend in GJ!
I spent a lot of time beaming North and calling, but nothing further than Winter Hill was heard.
At 4.15, my inverter tripped out on low battery volts (11.5V). I plugged the receive gear into the battery directly, but within 15 minutes it was down to 9.5V and so had to call it a day. 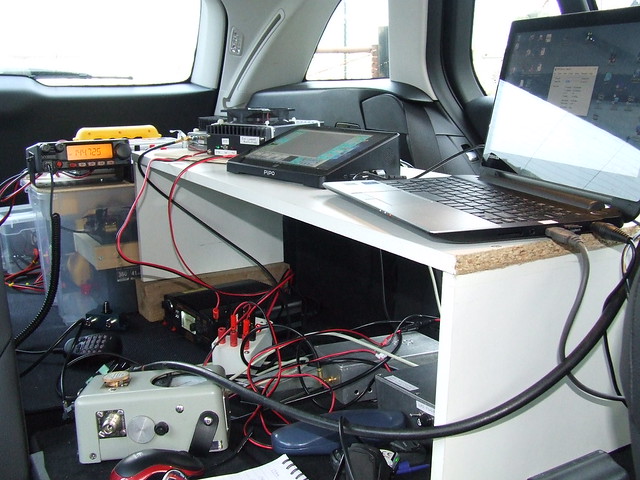 My operating position in the back of the car proved to be very cosy and makes winter operation quite feasible.
Thanks to everyone who went out portable (again!) and a happy new year to all ATVers.
73 Shaun G8VPG.
Top

Good to hear reports of some nice Dx!
I was listening but not much to hear up this way, tropo just didn't make it to my spot in IO94 (apart from GB3VHF which was a superb signal).
I heard Shaun,Brian and Noel during the afternoon yesterday but i was not able to raise anyone with 70w so just poor conditions, I think Noel heard me very weakly.

Hopefully I'll be back out /P for next tropo session