I called a number of times in your directions during the afternoon, but nothing heard. You would have been in the beamwidth of my DVB-S2 transmissions to Noel on 146.5.

Pictures of our activities (in the snow) to follow.

Hi Dave absolutely nothing heard from you or Noel. I managed to receive a testcard from Martin so not a wasted afternoon!

I suspected it might be wet in your direction! I could see it in the distance, luckily it didn’t reach me.

It also revealed some problems with my portable setup. The noise level from the Portsdown was about S3 on 2M. Definitely affecting the talkback and probably also the DATV reception. Some more screening and filtering needed.

It also revealed some problems with my portable setup. The noise level from the Portsdown was about S3 on 2M. Definitely affecting the talkback and probably also the DATV reception. Some more screening and filtering needed.

I think this is a common problem and one that deserves some attention - I certainly suffer from it. Not sure if it is the screen or the Pi itself.

As I said on Twitter "First outing of the year and probably one the coldest - certainly the first when I was in the middle of a snow storm! Worked Dave over 40km path on 146 MHz, 5665 FM and 5.7GHz DATV. 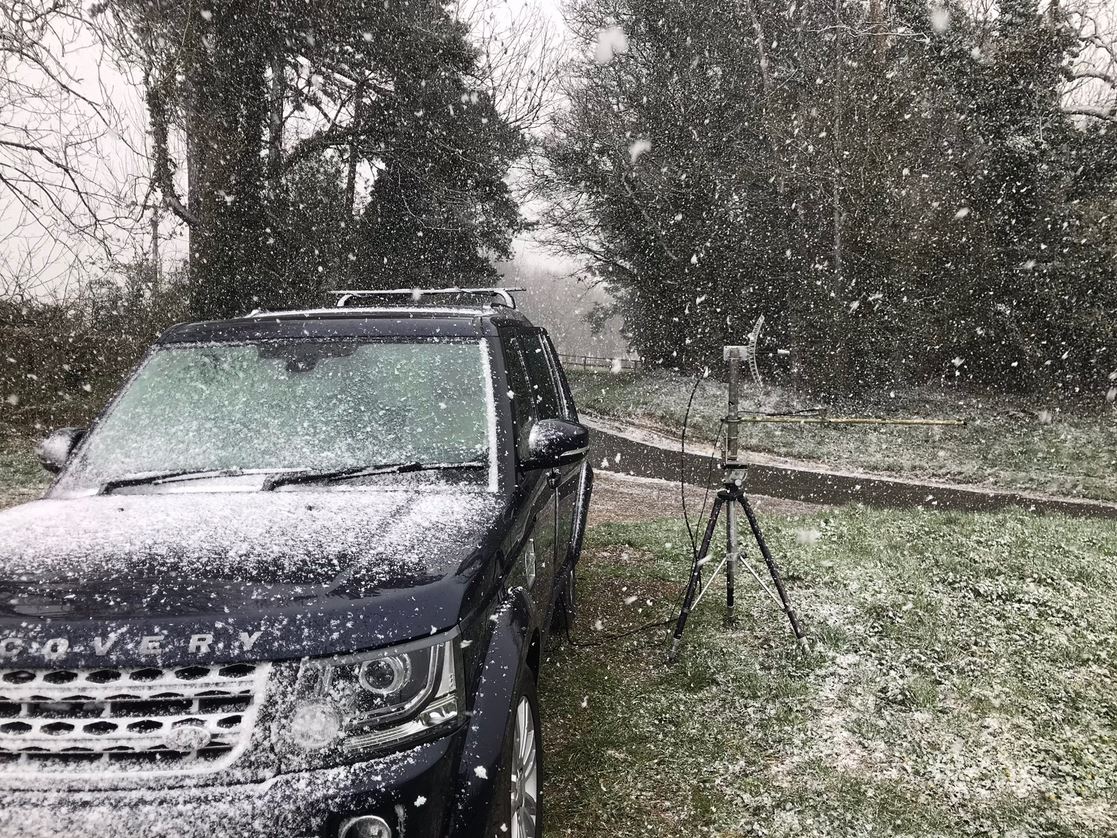 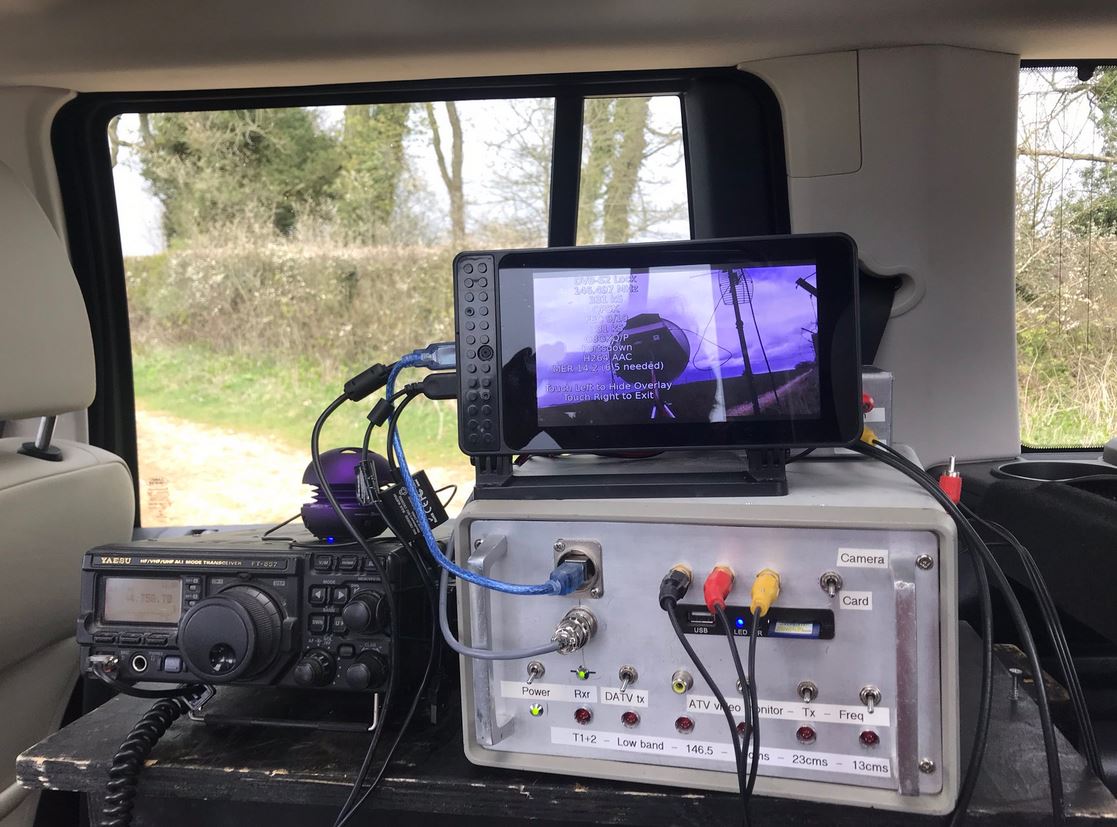 Still good to get out and remember how it all goes together! 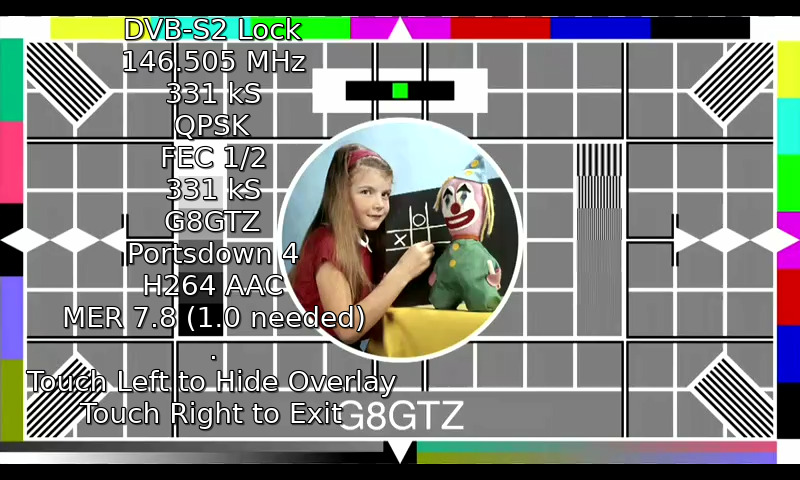 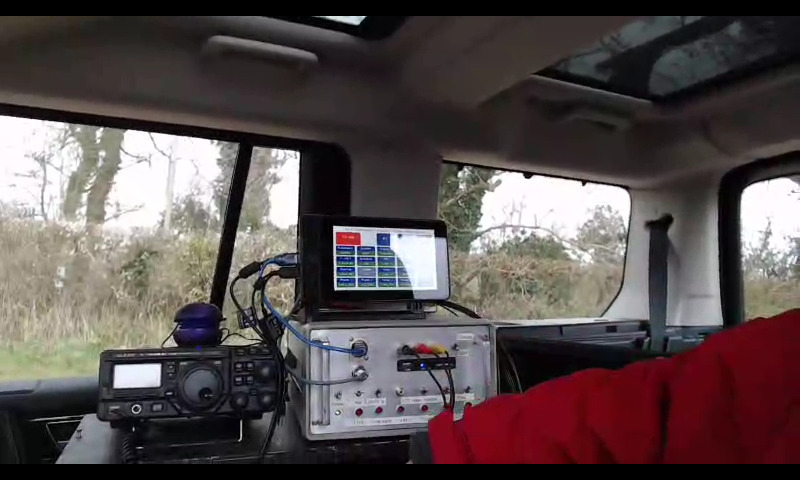 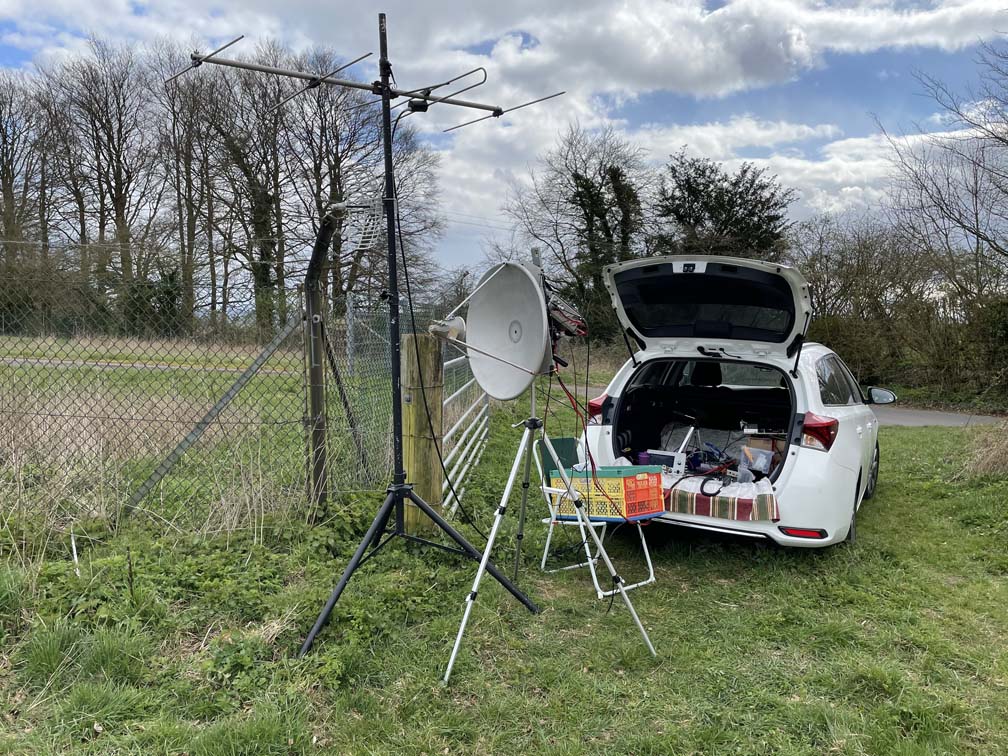 Yes, Moving cables around seems to help null out some of the interference. That would seem to hint that some more common mode chokes on the cables might be worth trying. They are obviously acting as antennas.

I have just had a look on the spectrum analyser and the noise is very broadband but seems to be centred in the VHF region. 70cms and above is not too bad.

Most of the noise seems to be coming from the screen. There is probably not much that can be done to reduce that.

I guess the only solution is to keep the antennas as far away from the gear as possible.

With respect to the noise problems on 2m, my experience would suggest checking any Ebay voltage regulators that you may have. I've had terrible problems with some of these - 59+ on 144.750MHz. Also the earlier Satlink receivers put out a sprog on exactly 144.750. I'm waiting for the weather to warm up before venturing out!
73 Shaun.
Top
Post Reply
16 posts