GB3EY's beacon mode is off air because the DTX1 DVB-S modulator it was using is needed for integration into the digital GB3EY repeater hardware.

This has shown up an issue on the repeater logic based on the BATC I2C project. This is the original analogue/FM repeater logic used by GB3EY that has been substantially modified to make it work in a digital system. It was found that the DTX1 was only producing a blue screen when fed from video derived from the logic. Any through video was repeated normally.

Eventually, this was traced to the sync pulse train coming from the I2C's VDU that is not interlaced, despite assumptions and assurances that it was interlaced. As the knowledge and facilities do not exist to modify the software in the EPROM that would possibly allow an interlaced output, it was decided to explore a hardware solution.

A separate SPG, built from the £1 goody bags from the last CAT containing 2 x ZNA134 and a 2.5625MHz crystal, has been built that produces broadcast standard syncs. That is then fed to the PAL coder, an AD724. The syncs are also fed to the video input of the VDU used for genlocking and the SAA5231 teletext data slicer chip fitted that does the genlock function.

Surprisingly, it works; the video from the PAL coder is excellent despite interlaced syncs being used with non-interlaced RGB video but it is good enough to fix the blue screen problem on the DTX1.

Without this problem the repeater would have been on for the second anniversary of its NoV being issued, which is what we were working to achieve but weather permitting it should be on by the end of the month.

I look forward to seeing it back on air, the 2 years seems to have passed very quickly..


New location, the site owners might not like Antennas but this should be the new signal path, because I will be higher up I think it will pass OK.. 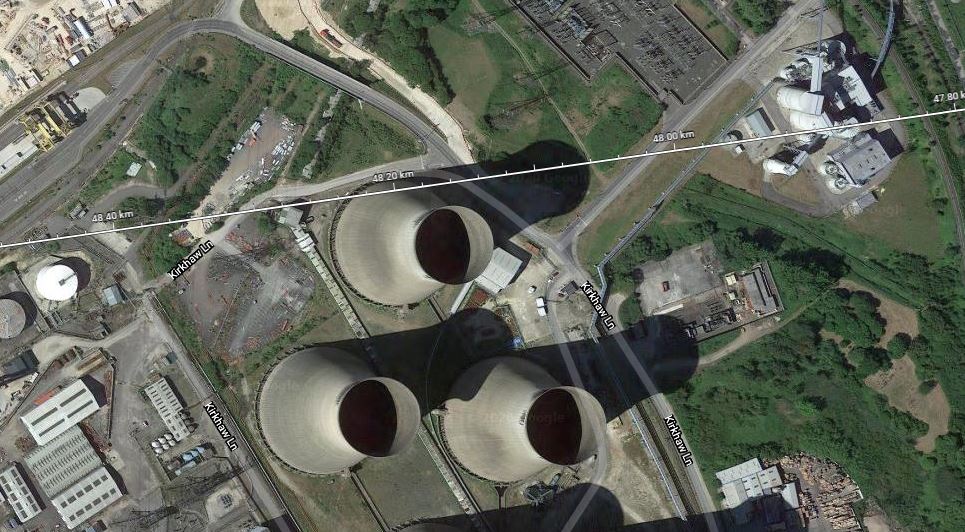 But YT (which none of my Telly mates can see) will be right in my line of sight..

Looking forward to giving it a try

I will be looking for some more local sites to access it from, so far I've only tested from 'good' locations.

Does Gary Still hold the long distance record from Buckstones? Last thing before you fall over the edge into Lancs (the dark side)..

I would guess that it still has some way to go yet, there are other hills further afield with eastern aspects.

And you could be in with a shout from the North too Rob.
:
Dah-di-dah
:
Graham G8VAT
Top

Great news Clive and thanks for all the good work... 11-11 means I won't see it in the mornings but should get a look in the afternoons..
:
Dah-di-dah
:
Graham G8VAT
Top

Im at Ravenscar today IO94RJ but unfortunately i could not access.
Rx was 25dB MER. I tried access with 1Ms, 2Ms and S/S2 but no joy unfortunately.
Was surprised to see EY at this location but happy i can !