I had problems with my Pluto connecting via the network and DATV Express. I had edited the config file and uploaded the new custom software. I had been using the Pluto for some time and had uploaded the firmware before. When the problems began I tried to fix them by deleting the files on the Pluto when looking at them with File Explorer in Windows. Then putting the pluto.frm file there and ejecting the pluto and waiting until the flashing stops and the pluto resets. This did not cure the problems!

The way to do it was to format the file area not just delete them. There were probably hidden files which did not get deleted. Then put the pluto.frm file across and eject. If you downloaded more pluto.frm files they will be stored as pluto(1).frm etc. so copy across and change to pluto.frm before ejecting etc.

Also thanks to Mike G0MJW for pointing out the reason there is a problem with earths and the Pluto older editions and USB
https://wiki.analog.com/university/tool ... g/hardware 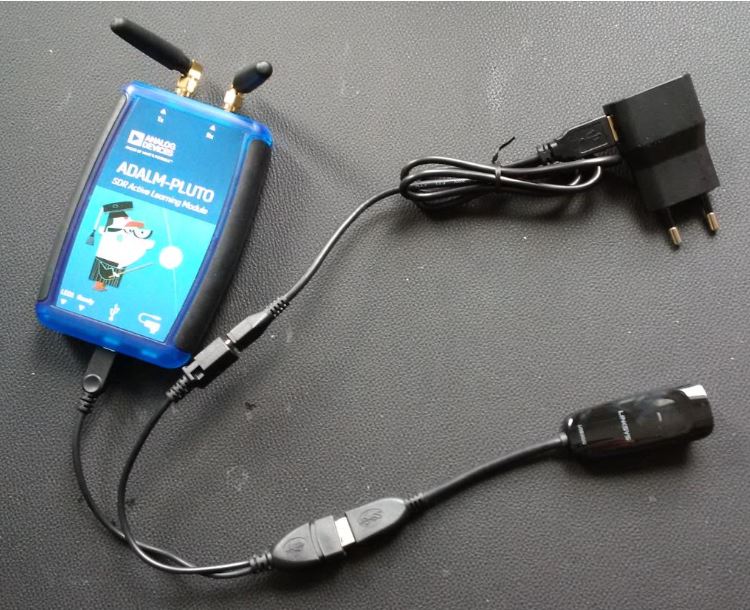 So I would not power it like this but straight into the Pluto via the socket on the bottom right when connecting it to a linear amplifier.