Forum for discussion about the Langstone Microwave Transceiver that shares some features with the Portsdown. Wiki: https://wiki.microwavers.org.uk/Langstone_Project
Post Reply
157 posts

I have established this new Forum for discussion about the Langstone narrowband microwave transceiver, which is based on a Raspberry Pi 4 with a 7 inch touchscreen and an Analog Devices Pluto SDR.

It is currently in the development stages and is described on the UK Microwave Group Wiki here: https://wiki.microwavers.org.uk/Langstone_Project. The code can be found on GitHub here: https://github.com/g4eml/Langstone.

The Langstone was initialy intended as a technology demonstrator for the "Hayling" project https://wiki.microwavers.org.uk/Hayling_project but is now being built by at least 6 BATC members and seems to have much of the functionality originally planned for the Hayling. A frequency waterfall display capability is under development.

Please note that the system needs to be built with the exact hardware specified on the Wiki (if you want it to work first time) as it is in an early stage of development. A typical hardware implementation is shown below.

This project may well converge with the "Portsdown on Raspberry Pi 4", but Portsdown needs a major rewrite to work on this version of Raspberry Pi, so it won't happen soon. 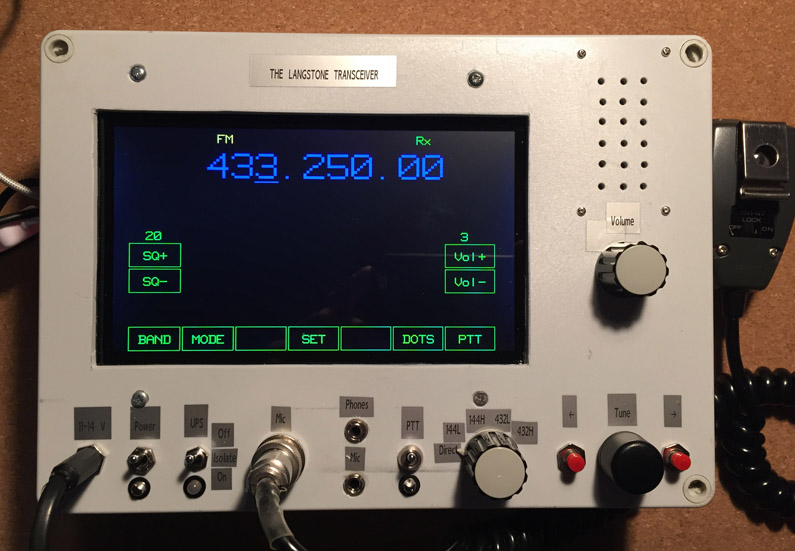 Waiting for the LimeSDR support

looks to be a great companion to the Portsdown

All the best and stay safe John
Top

Off to a good start 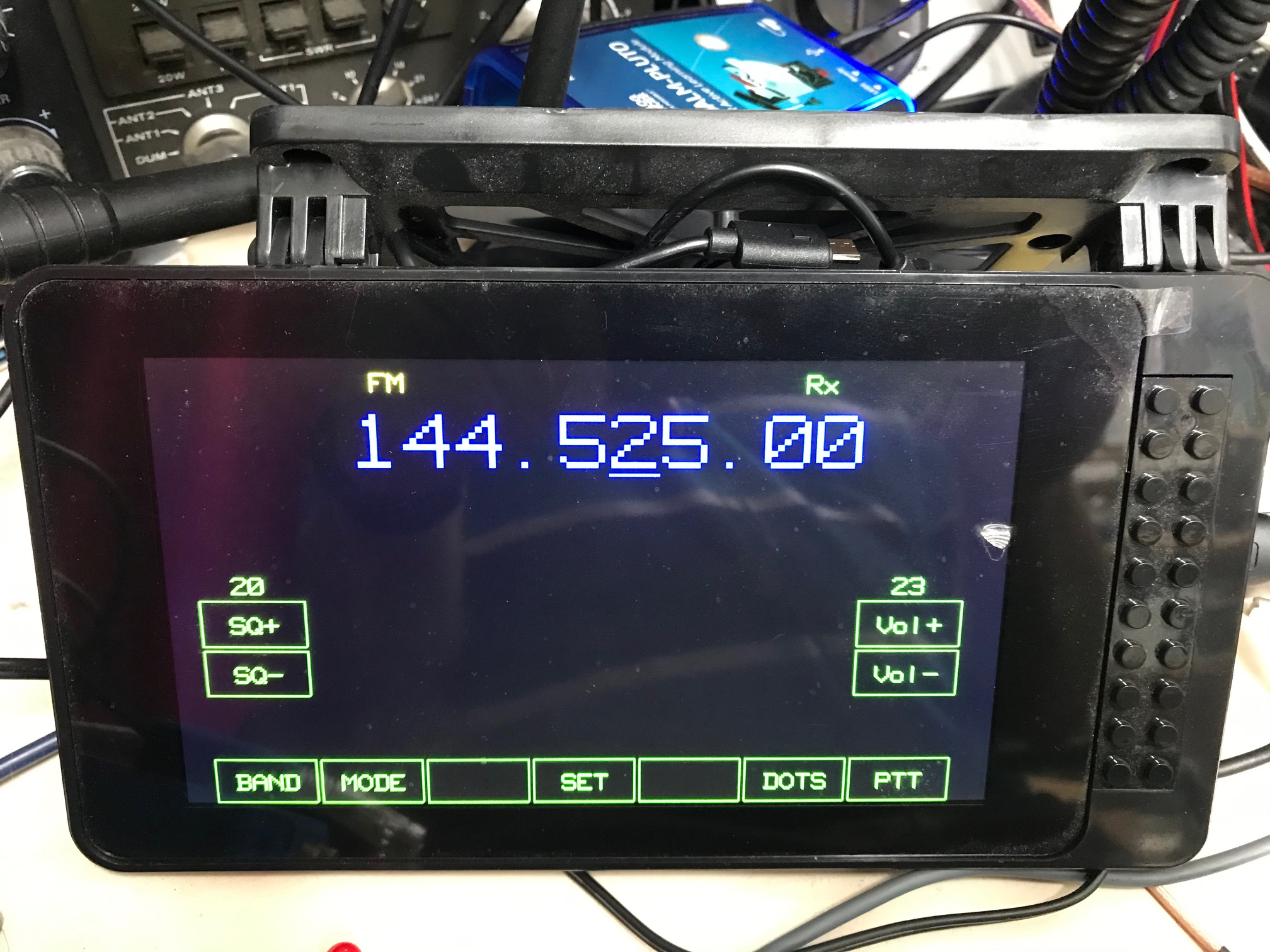 As Suggested by Dave I have modified the GPIO pin assignments to be more compatible with the existing Porstdown use and updated the github source.

The 4 Band bits can be programmed for each band from the Setup menu. They can be used to select external Transverters or amplifiers.
Note:- The band bits and the PTT Output go to 3.3V when active. It will be necessary to externally buffer these pins to avoid damage to the raspberry pi.

Thanks Colin,
I have done that update.

for this development case I had to switch the screen orientation with sudo nano /boot/config.txt and rem out lcd_rotate=2.
Don't know if that's the correct way to do it but it works. 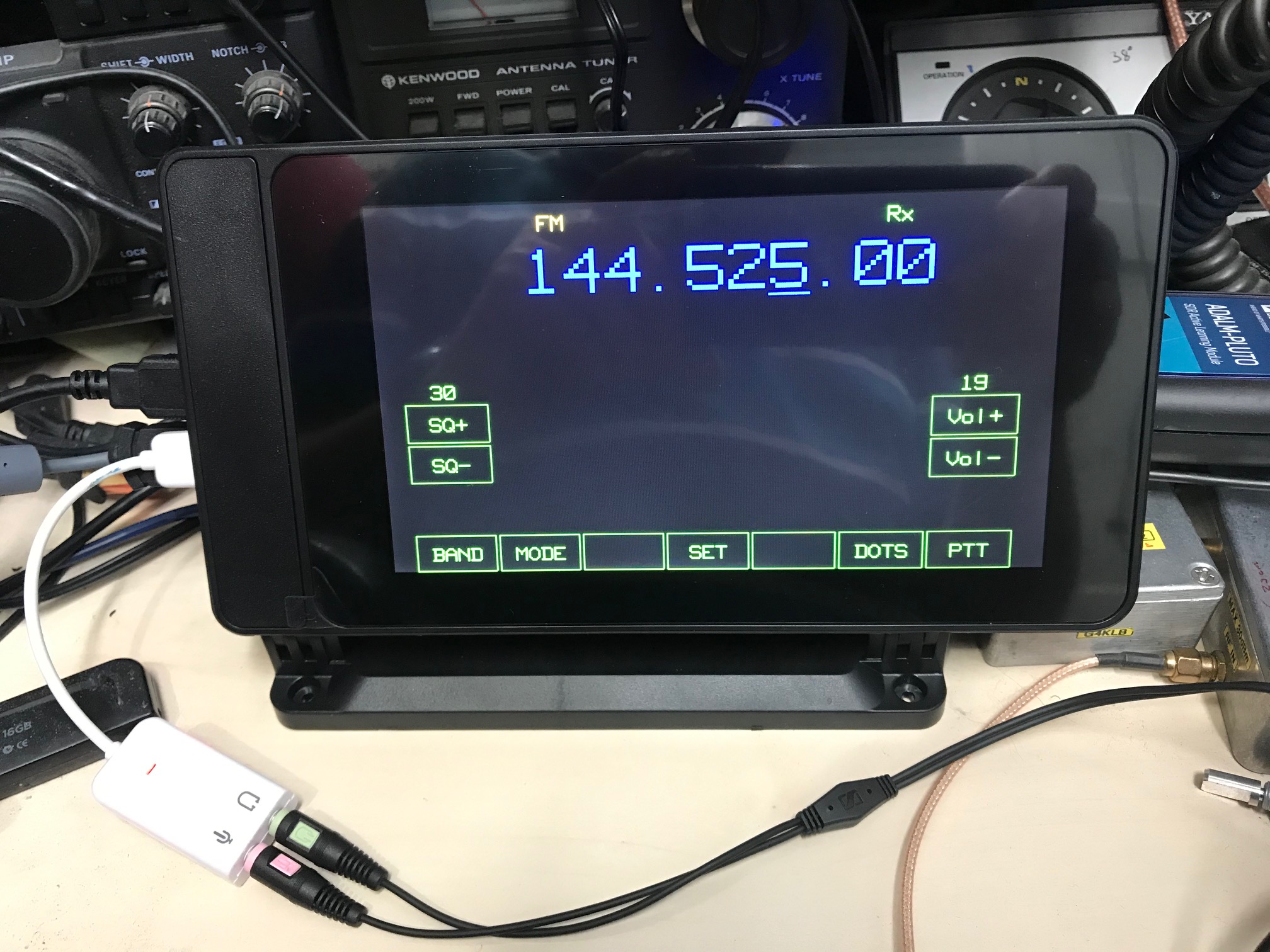 Commenting out lcd_rotate=2 is the correct way to do it.
I added that to the build script because my original case mounted the LCD upside down.
I will probably leave it there as it’s easier to comment it out than to have to remember the syntax and enter it.

I wondered about that - my first case was the same but it's not in that at the moment. I suppose we might consider what way round we want it. Landscape or portrait as we have the opportunity. I think I prefer landscape.

Are we at the stage where we know all the front panel controls? I ask as it's maybe time to think about an enclosure.

The number of controls and connectors is probably a personal decision.
I would think a minimum list would be:-

On the front panel:-

Rotary encoder for tuning, connected to mouse board scroll wheel.

Three push buttons connected to the mouse board.
(Left and right are used for tuning steps, center will be used to select volume or tuning.)

Microphone socket.
Earphone socket.
Key socket.
Power switch. (This may eventually be used to request an ordered shutdown of the Pi.)

Possibly an analog volume control if you prefer this to using the tuning knob.


On the Rear Panel:-


On any panel:-
Speaker grill.


I am sure others will contribute to this list with optional extras.

In addition to Colin's list, I have added a multipin mic socket, so that I can use normal fist mics (with PTT switch) and also a manual PTT toggle switch. On the back (well actually the side) I have added an RJ45 socket and will add a USB socket in due course to plug in the MiniTiouner (don't get too excited yet!).