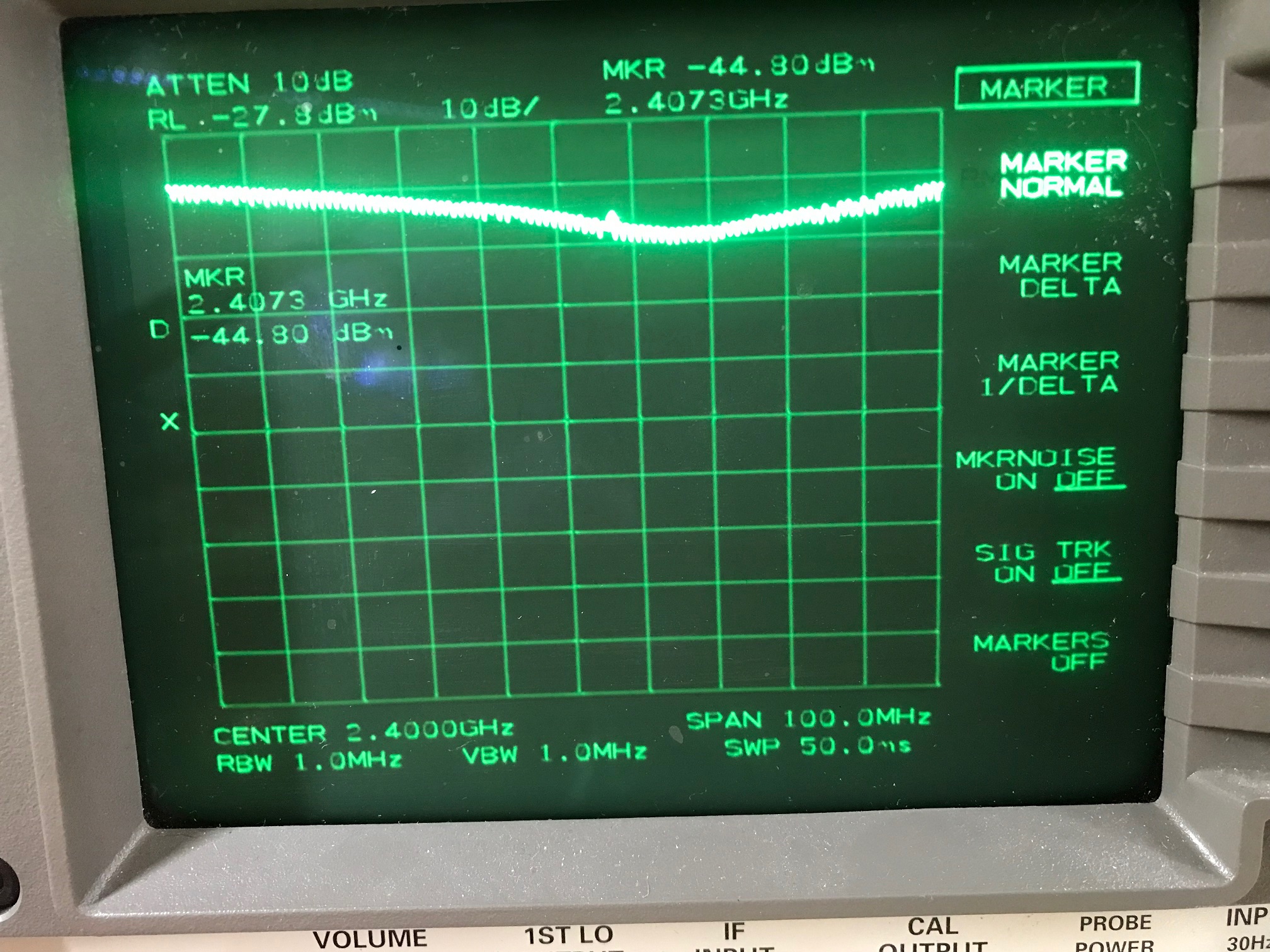 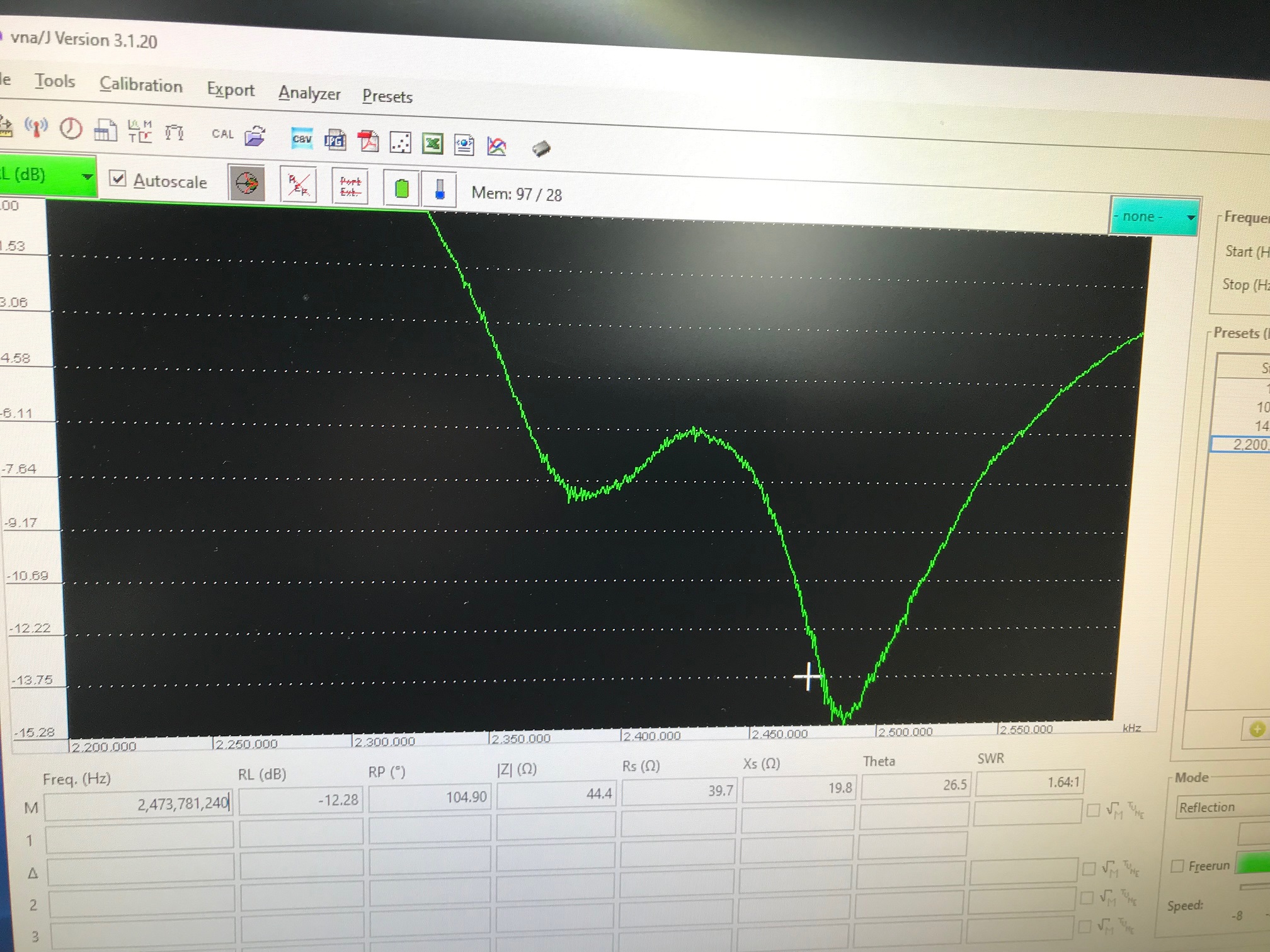 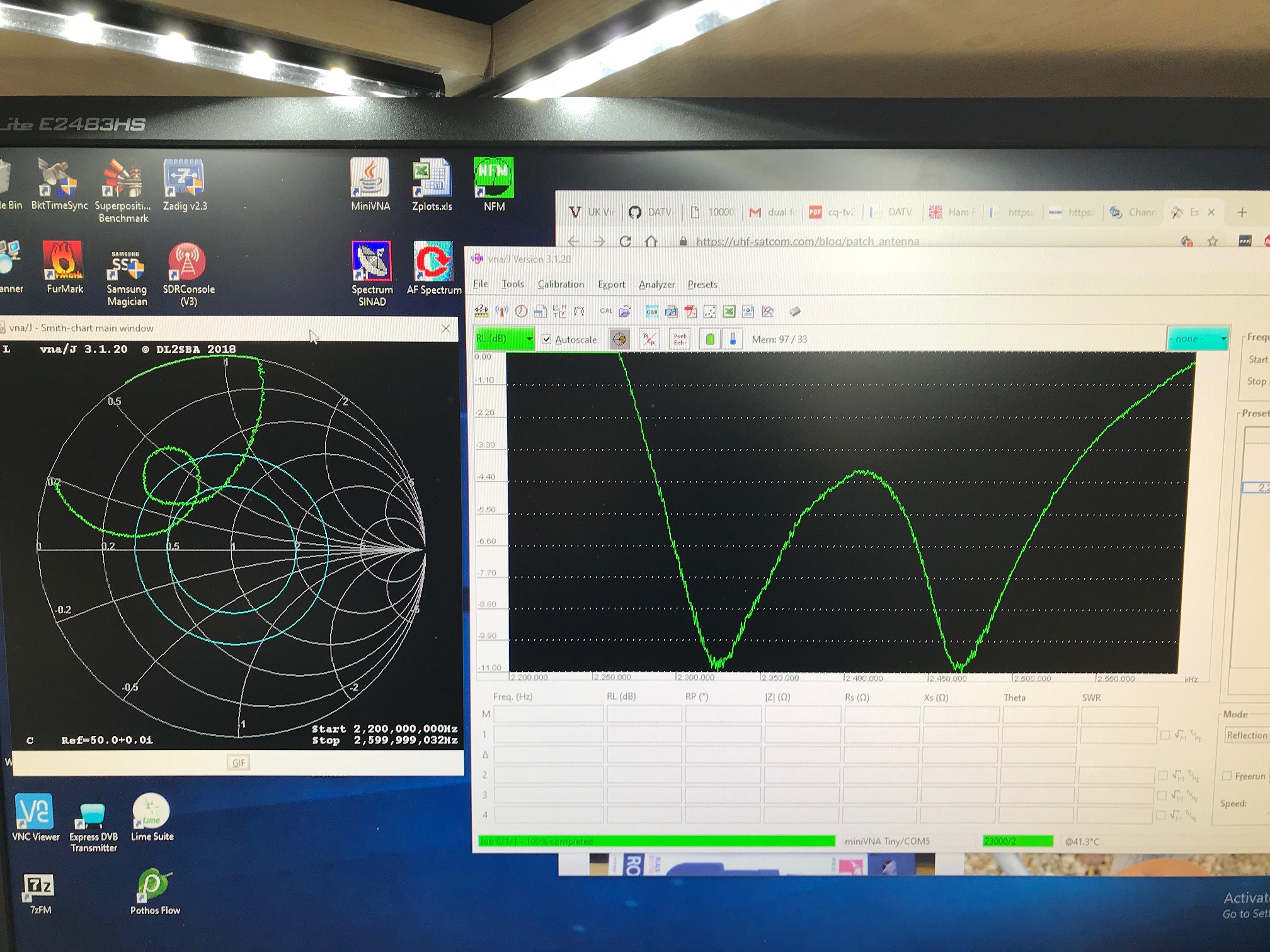 That's really interesting - the loop in the Smith chart is exactly what we want to see - its just not quite in the right place impedance wise. I wish I had had access to that test gear in designing it. It would have helped resolve uncertainties arising from the limitations of the student edition of CST simulator. 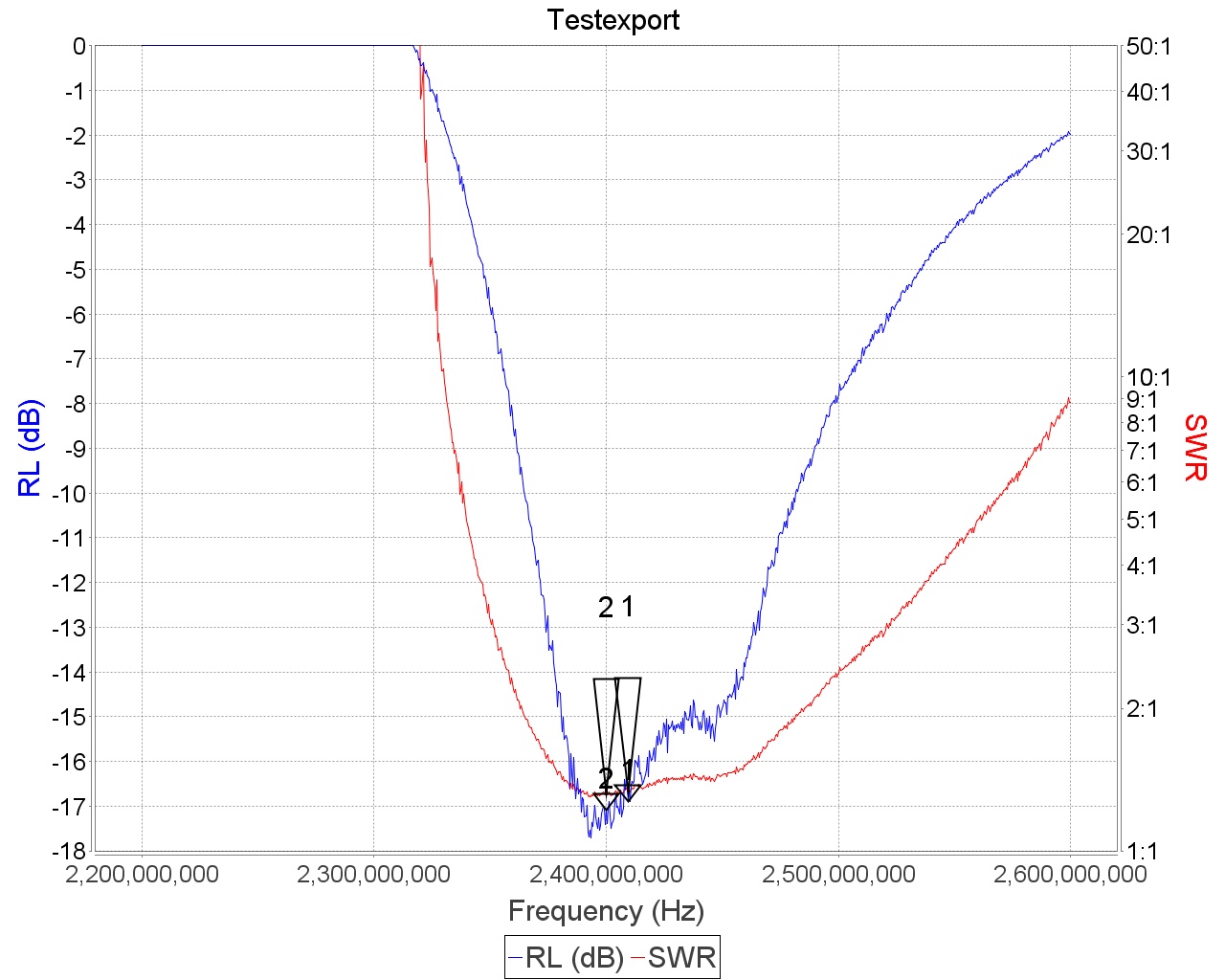 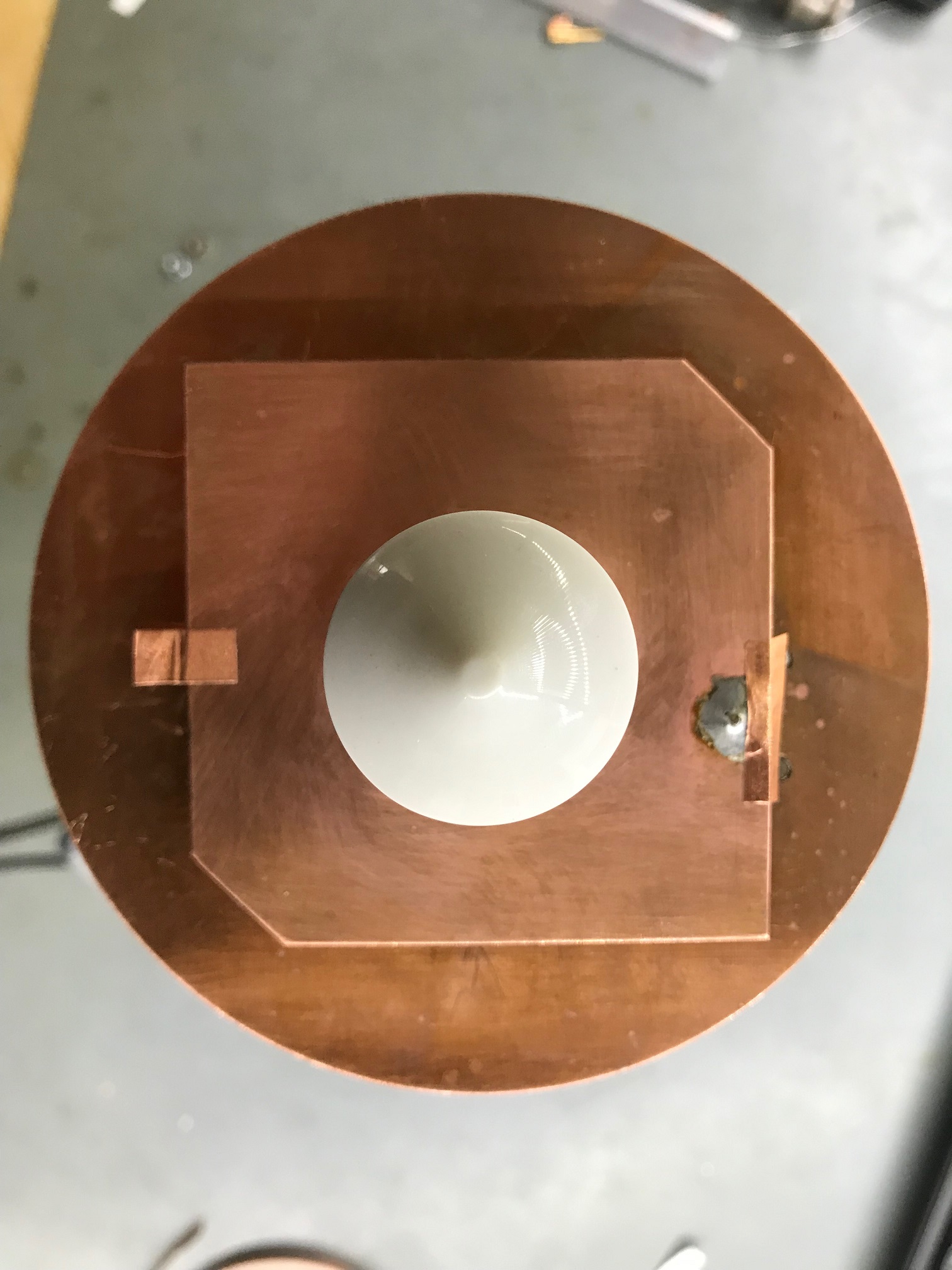 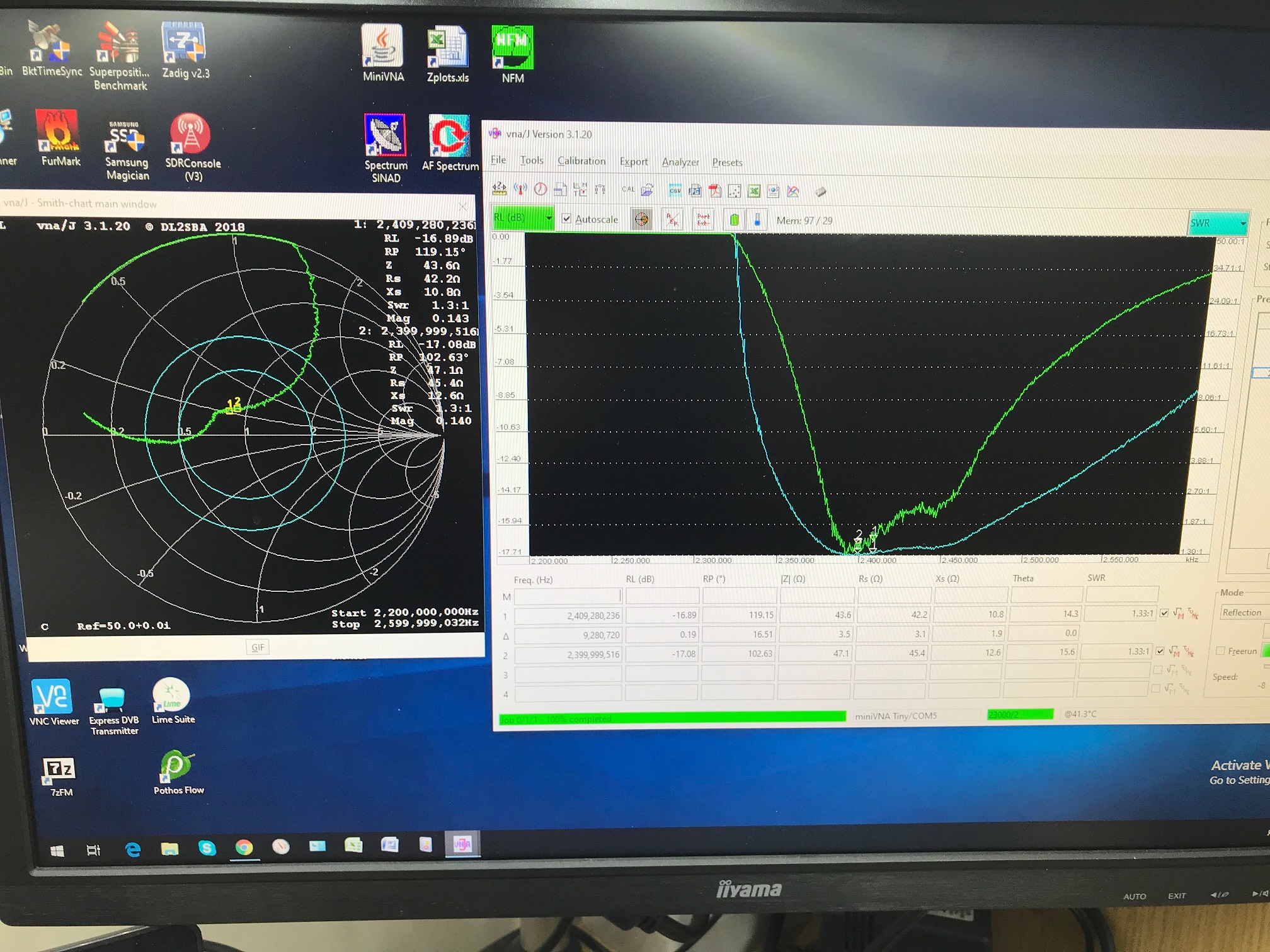 Glad it is working - so -16dB is about right and good enough.

I have also had some difficulty adjusting my patch. When checked it showed a single resonance point at 2.429GHz so not likely to be LHCP. By adding a bit of copper (I used a piece of PCB) to the patch I have been able to obtain two different resonance points 33 to 48MHz apart. 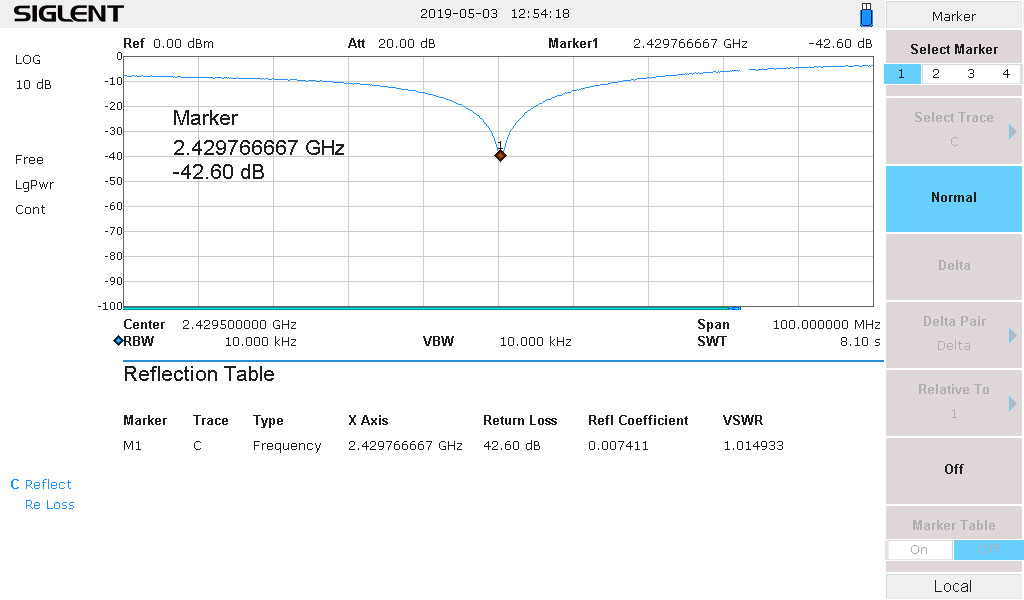 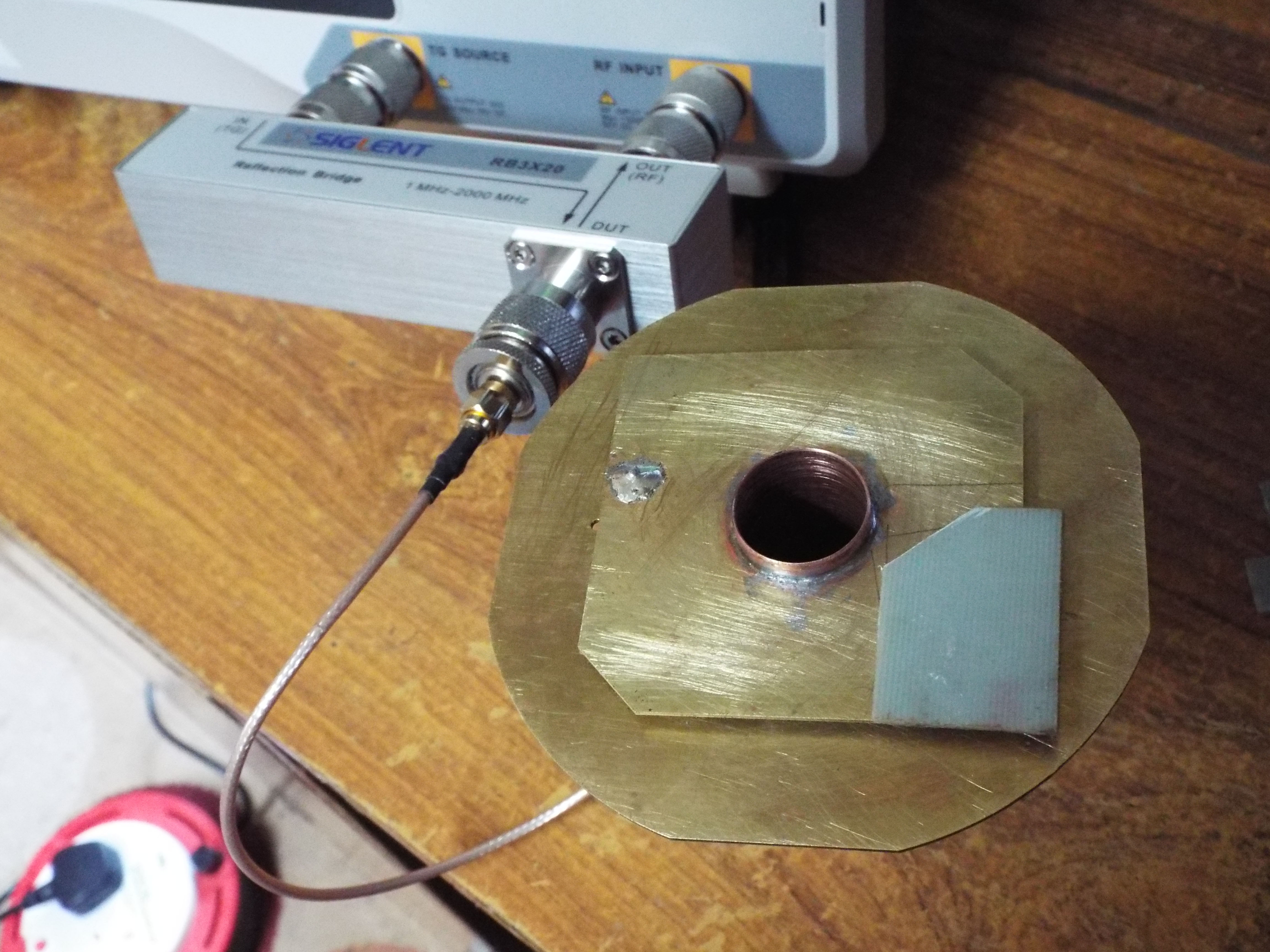 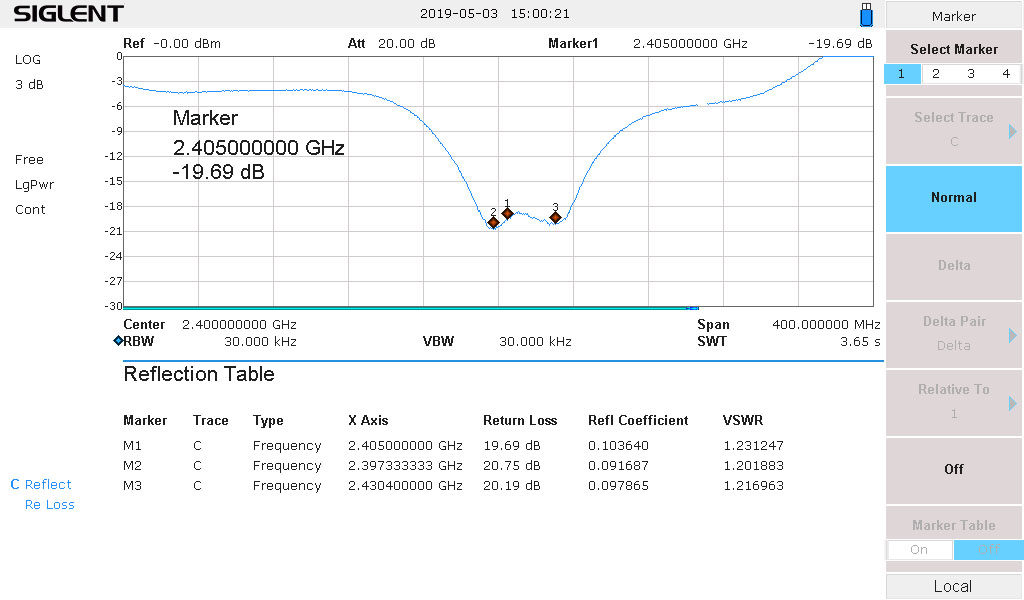 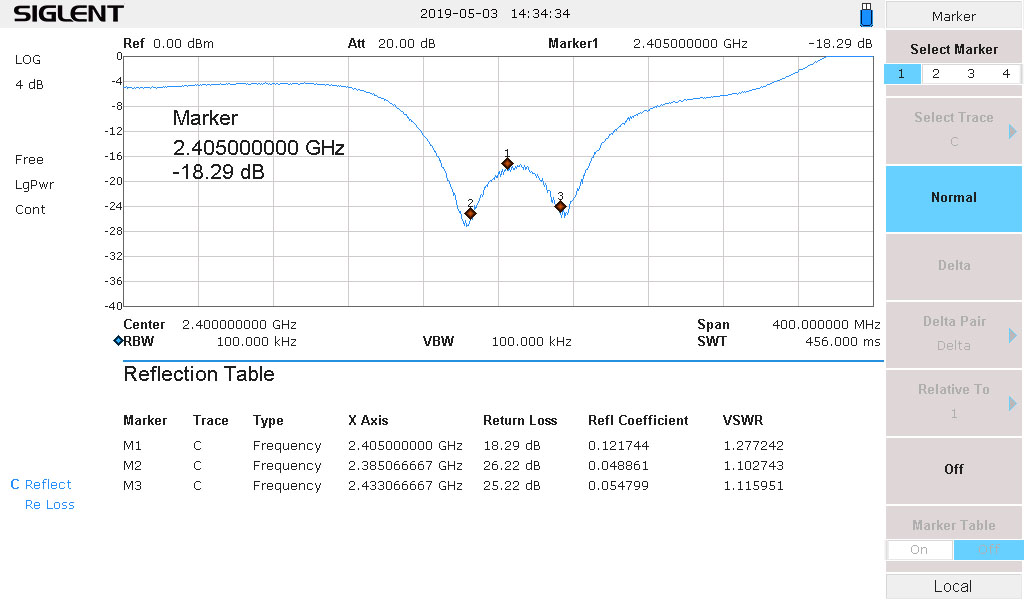 That last one looks good.
Top