I've not tried the AB LNB 01 itself, only the lens, so perhaps I will try it given your test. What was the dish size to achieve the MER that you did ?

Previously I had reduced the Octagon diameter to make a snug fit into the pipe, but the AB LNB 01 has the benefit of plenty of length to play with after cutting off the lens mount.

The AB LNB 01 is a PLL type with a 25MHz crystal. The one that I investigated was not easy to open though, as the sealant had seeped inside to stick tracks to the case, resulting in some pulling-up on opening, although repairable.


g0mjw wrote: ↑
Tue Apr 30, 2019 5:41 am
That's the one you want, with the flat end and in two pieces that slot together. The pointy thing it for cases where you cannot get a rocket lens, and there is a newer design by HB9PZK of that which is better that will be published soon.

Thanks for that info - now, any idea how to get it off the LNB without busting it? The ones above seem to be siliconed on to the LNB - this one seems to be 'snapped on' with a sort of barbed ridge on the inside of the plastic resting behind a small step in the outer diameter of the casting.
I guess I could saw off the w/g and then go to work on the remaining bit of w/g(carefully) with the Dremel?

by radiogareth
Place JUST the plastic part, right up as far as you can without letting water into the WG part, in a jug of boiling water for a minute. Quickly dry and twist/pull with a towel or rag. Worked for me.
Gareth

by G4FRE
thats the way that also worked for me

I'm using a 1.2M channel master and with my Octagon LNB at the optimum position I got an MER of 9 to 9.5dB from the beacon.

With the AB LNB and dual feed it's about 1dB worse but this could be due to the LNB being about 50mm too close to the dish due to the dual feed.

Later this week I'll be installing some longer dish arms like Noel has done and fingers crossed I'll be back around the 9dB mark again.

I've been experimenting myself today with an old 1.2m offset dish that had no feed system whatsoever. Anyway, having built a feed support structure and got everything optimised as far as I could determine, the beacon MER was 9dB, with zero bit errors. The LNB was an Octagon and it used the AB LNB 01 lens on the G0MJW dual band feed. The Rx was a Mk 1 Minitiouner (Sharp type) running version 0.8 software.

The other important point was where on the dish that the feed was pointing. I found this to be optimal just below the centre of the dish, which was confirmed also by the angle of elevation being about right.

radiogareth wrote: ↑
Wed May 01, 2019 6:58 am
Place JUST the plastic part, right up as far as you can without letting water into the WG part, in a jug of boiling water for a minute. Quickly dry and twist/pull with a towel or rag. Worked for me.
Gareth

Thanks Gareth (and Dave

thanks for the tips - fingers crossed I'll recoup the lost dB's due to the feed being too close to the dish.
I'll report back in due course.

Be careful not ordering the AB LNB 01 MTwin ! I bought one this week for a nice price from Estonia on eBay, arrived in 4 days! But found it is a DRO version 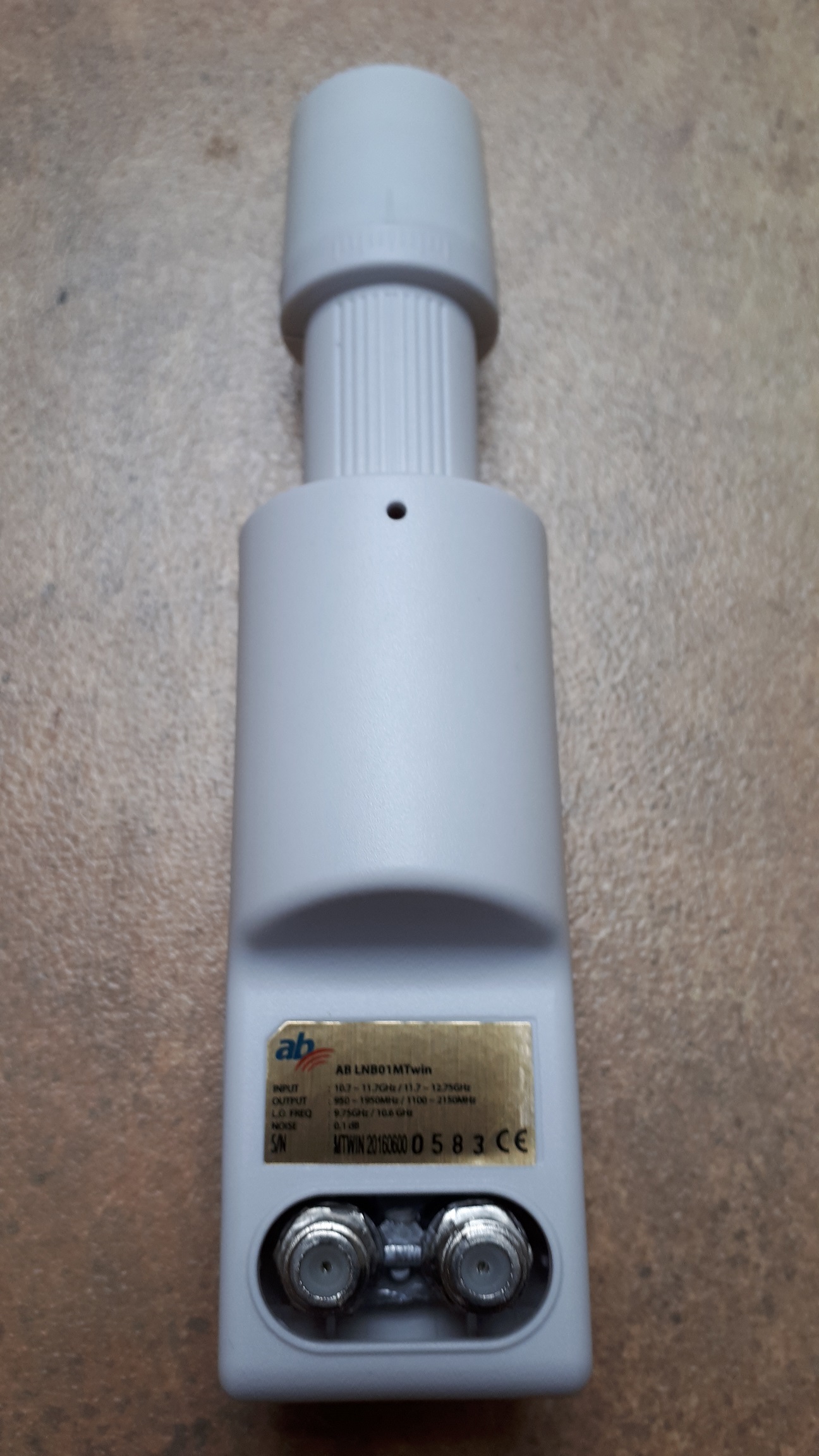 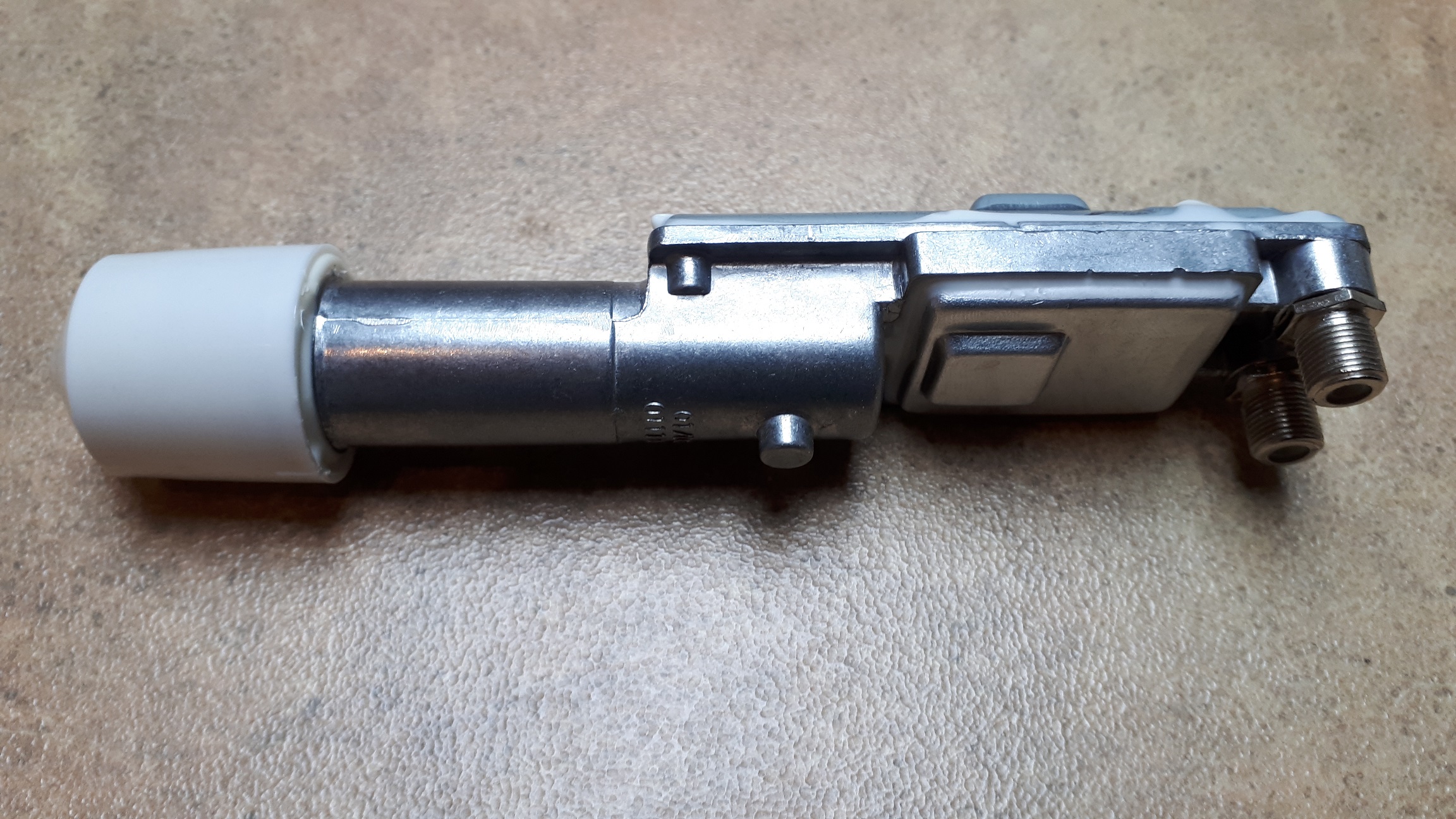 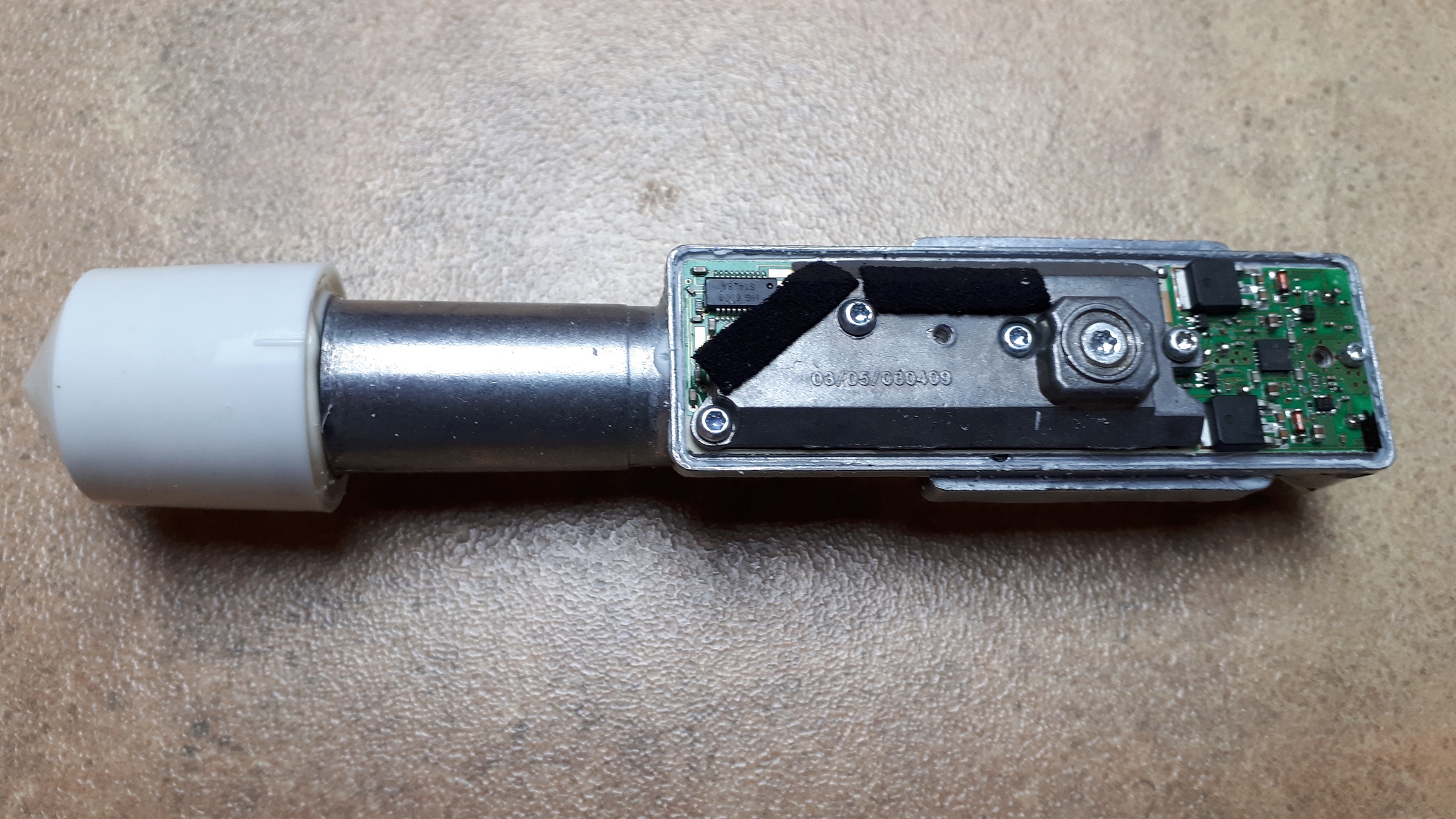 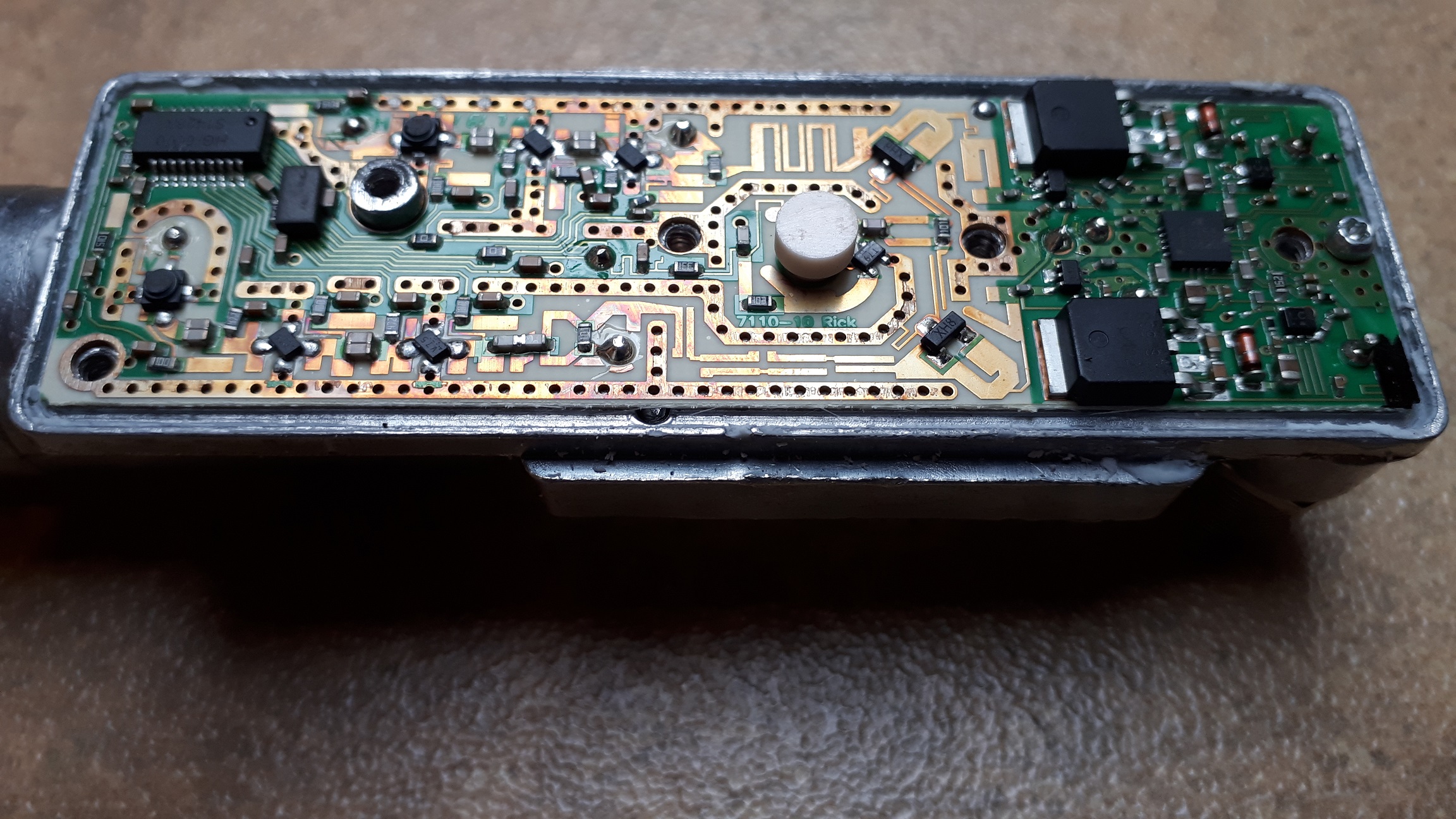 Interesting. As I said previously, I have not tried the LNB as a functional unit, only the lens, which seems to work ok on a couple of dishes. The statement concerning being a 'PLL type' was based on a Single output version that I opened, please see photos below.